15 Forgotten Actresses from the 90s… Where Are They Now?

The following actresses used to be the hottest commodity during the 90s but they seem to have dropped off the radar for whatever reason. While some left Hollywood to lead more normal lives, others managed to find ways to stay active and relevant in the industry. Here are the fifteen women who were once the hottest actresses during the 1990s: 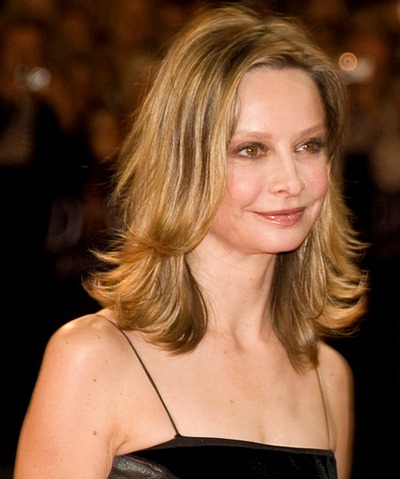 Calista Flockhart gained worldwide fame in the 1990s when she starred on the popular legal comedy-drama series Ally McBeal. She also appeared in a few films such as A Midsummer’s Night Dream, The Birdcage, and Telling Lies in America as well as another long-running TV series entitled Brothers and Sisters, which ended in 2011. These days, however, she is mostly known for being married to actor Harrison Ford. Heather Locklear shot to fame when she portrayed the scheming ad executive Amanda Woodward on Melrose Place, and Caitlin Moore on Spin City. Before that, she also landed roles on Dynasty and TJ Hooker in the 1980s. In recent years, Locklear has played a recurring role on Hot in Cleveland as well as a lead role in the TNT series Franklin & Bash. However, her reputation is even more magnified off screen for her relationships with rock stars, cases of DUI, and a couple of forays into rehab. Bridget Fonda clearly had acting in her lineage — dad is Peter Fonda, aunt is Jane Fonda, and grandfather is Henry Fonda. Little wonder she also made acting her calling. During the 1990s she starred in memorable films such as Single White Female, Singles, Doc Hollywood, The Godfather Part III and many other films during the decade. She made her last screen appearance in Snow Queen in 2002, married notable film composer Danny Elfman a year later, started a family life, and has not been seen acting since that last appearance. Marcil became one of the hottest actresses during her heyday, appearing on many television series such as General Hospital and Beverly Hills 90210, as well as Las Vegas. Marcil has had other recurring roles over the years and in later in her career made a return to General Hospital for a while (including a short visit for the show’s 50th anniversary in 2013). She made an appearance in 2012 on Hawaii Five-O. But other than those appearances, Marcil has mostly kept a low profile. Even before Felicity was first aired, actress Keri Russell was already hailed as the next “It Girl” on television. And the 22-year-old rookie became just that by making a coming-of-age drama a big hit on the small screen. Since then Russell made more appearances, this time on the big screen: Mission: Impossible III, Waitress, and Extraordinary Measures, among others. Although these days Russell isn’t as big now as she once was, she is still very active in her career, making her latest notable film appearance in Dawn of the Planet of the Apes. Leelee Sobieski rose to fame during her mid-teens where she appeared in the box-office hit Deep Impact in 1998. Her performance in that particular film earned the praises of movie critics. She had since appeared in other notable films including Eyes Wide Shut and made-for-television movies Joan of Arc and Uprising, both of which Sobieski garnered Emmy and Golden Globe nominations. Unfortunately, for the exception of Eyes Wide Shut, her following films were not as successful as Deep Impact. Actress and country music singer Jenna Von Oy is best remembered for her roles as Six LeMeure on the sitcom Blossom and Stevie van Lowe on another sitcom The Parkers. She also did guest appearances on several shows such as Moesha, Pepper Ann, and 7th Heaven. Since 2004, Von Oy has not appeared in many movies or television shows. She is now married to a computer data consultant and together they have two children, with their youngest one born in November 2014. Actress Terri Conn is best remembered for her roles on the soap operas As the World Turns (as Katie Snyder) and One Life to Live (as Christine “Aubrey Wentworth” Karr). In 2011, she married actor Austin Peck, who was also her former cast mate in As the World Turns. Other than a smattering of short film appearances and some television work, Conn has been completely off the radar these days. Brandy used to be one of the huge stars during the 1990s. The singer and actress propelled to fame via the long-running and successful UPN sitcom Moesha. This led to other appearances on TV as well as in films such as I Still Know What You Did Last Summer, Cinderella, and Double Platinum. She also had a successful singing and recording career from the 1990s to the 2000s. In 2006, she was involved in a much-publicized car accident that claimed the life of another woman. Since then she’s been in several low-profile series and guest star roles. She also performed on Dancing With the Stars, but other than that, she has not been as active as she was during the 1990s. Who could ever forget Shannen Doherty, especially those who grew up in the 90s? She will always be remembered as Brenda Walsh in the hit television series Beverly Hills 90210, the role that propelled her to fame. Doherty also had a memorable role as Prue Halliwell in Charmed. Doherty was removed from the cast of both series; however, she was included in the CW-produced 90210, a spin-off of Beverly Hills 90210. Not wanting to be left behind by the changing TV trends, Doherty also joined the world of reality shows by starring in such programs as Breaking Up with Shannen Doherty and Shannen Says, the latter chronicling her own upcoming wedding. She also appeared on the tenth season of Dancing with the Stars. Neve Campbell was one of the most familiar faces during the 1990s. She rose to fame for her role as Julia Salinger on the TV drama Party of Five. She then moved on to make appearances in the popular Scream film franchise and Wild Things. After that, Campbell has since worked intermittently, appearing in lesser-known films and doing some guest appearances on TV shows such as Grey’s Anatomy and Mad Men. Gillian Anderson rose to international fame for her role on “The X-Files” as FBI agent Dana Scully. She had since appeared in several films such as House of Mirth, The Might Celt, and The Last King of Scotland, but people mostly remember Anderson as Agent Scully, her career-defining role. Sarah Michelle Gellar rose to worldwide fame for her portrayal of Buffy Summers in the popular series Buffy the Vampire Slayer, although soap opera fans will remember her as Kendall Hart on All My Children. From her initial fame on the Buffy series, Gellar went on to star in popular horror films such as I Know What You Did Last Summer and Scream 2. She also appeared in other films like Cruel Intentions and the live-action rendering of Scooby-Doo where she played the role of Daphne Blake. Although her film career remains relatively limited, many of the movies she’s starred in became box-office successes. From 2011 to 2012, she starred in the series Ringer, and from 2013 to 2014 she appeared on the sitcom The Crazy Ones opposite the late Robin Williams. Tiffani Thiessen is best known for her roles as Kelly Kapowski in Saved by the Bell and Valerie Malone on Beverly Hills 90210. These two TV shows were some of the biggest series during the 1990s, and she was popularly known as Tiffani Amber Thiessen then. With her astounding success and popularity way back then, no one could have predicted that her career would become one of a perpetual recurring role and guest star. She hasn’t been very active since the end of Beverly Hills 90210. However, in 2014 she just concluded her role as Elizabeth Burke on White Collar, after being part of the series’ cast for about five years.