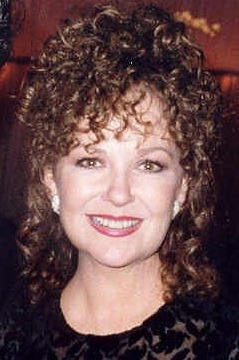 Shelley (or Shelly) Fabares is an American actress and singer. As an actress, Fabares gained prominence playing the oldest child of Donna Reed’s character on The Donna Reed Show. She played a famous role of Christine Armstrong on the sitcom Coach during the late 1980s up to late 1990s, and had starred alongside Elvis Presley on his three movies: Girl Happy, Spinout, and Clambake. As a singer, Fabares’ most successful single was 1962’s “Johnny Angel”. She also had another Top 40 hit in “Johnny Loves Me” also in 1962.

Actress and singer Shelley Fabares was born Michele Ann Marie Fabares on January 19, 1944 in Santa Monica, California. She came from a family who had had background in performing and entertainment. In fact, her aunt is another actress, Nanette Fabray, best known for her appearances on the television program Caesar’s Hour as Sid Caesar’s comic partner.

Since she was still a very young kid, Fabares had already been working as a dancer and a model. When she was ten years old Fabares embarked on acting. She made her debut on television by appearing in an episode of Letter to Loretta.

Fabares got her big break when she was chosen to play Donna Reed’s on-screen daughter Mary Stone on the sitcom The Donna Reed Show. The show became a big hit and Fabares was a mainstay there for the next five years. Because of her popularity in the series, Fabares became a young celebrity and was always referred to as everybody’s quintessential “daughter.” Fabares’ “brother” on The Donna Reed Show, actor Paul Petersen, also became famous in his own right. While The Donna Reed Show was still at the peak of its popularity, Fabares left the show in 1963.

During their tenure on the show, Fabares and Petersen made good on their fame by securing a recording contract from Colpix, the recording arm of Columbia Pictures Television which created The Donna Reed Show. The show’s producer Tony Owen (who was also Reed’s husband at the time) sought to finance the subsequent recordings of both Fabares and Petersen.

In 1962, Fabares emerged with her debut single “Johnny Angel” which was written by Lee Pockriss and Lyn Duddy. Released on Colpix label, it went all the way to #1 on the Billboard Hot 100 in April of that year. It sold a million copies and was certified gold. It also peaked at #41 on the UK singles chart.

Fabares was said to have never felt at ease in being a singer and recording artist. Following her departure from The Donna Reed Show Fabares pursued a movie career. Her film credits include three movies that starred Elvis Presley: Girl Happy, Spinout and Clambake. Fabares’ acting career began to take a lull until the 1970s when she emerged as an adult actress, appearing on series such as Forever Fernwood, One Day at a Time, and Coach.

Fabares has been married to fellow actor Mike Farrell (of M*A*S*H fame) since 1984.