Burger King is a leading fast-food chain specializing in hamburgers headquartered in Miami-Dade County. Initially, it was founded as Insta-Burger King in 1953. Unfortunately, it ran into some financial difficulties, which led to David Edgerton and James McLamore purchasing the company and renaming it Burger King. Later, the company switched hands and today stands as a direct rival to McDonald’s and other fast-food joints.

Even though we know a lot about Burger King’s success and growth, we hardly discuss the founders who started it all. It wasn’t easy to turn an idea like Burger King into reality and this is why, both David Edgerton and James McLamore did everything they can to make Burger King as we see it today. Let’s discuss. 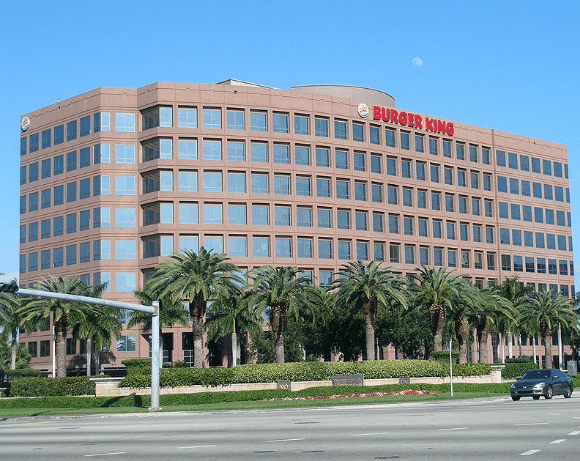 David Edgerton was an American entrepreneur who had sufficient experience handling and managing businesses prior to introducing Burger King. He was also the co-founder of the fast-food chain, which would become the second-largest burger chain after Mcdonald’s.

Edgerton after having served another restaurant, Howard Johnson, opened a franchise outlet of Insta Burger King in Miami, Florida. The same year, he met James McLamore, a fellow restaurateur, and introduced the Burger King Corporation. After leaving Burger King, Edgerton went on to start a steakhouse restaurant called Bodega.

In the beginning, Edgerton showed interest in serving as a stage manager and even served a stint in the army. However, he changed his path to becoming a restaurateur and after graduating from Cornell University, he attended Northwestern University where he served pies to students on campus. This was the official beginning of his endeavor. Then, he served as an accounting officer for a hotel chain based in Chicago called Albert Picks Hotel Group.

After a few years, Edgerton saw his return to Florida to manage restaurants of Howard Johnson, which had locations in both Orlando and Miami. While managing the restaurants, Edgerton became interested in opening a Dairy Queen including a burger section.

This was when Edgerton met his fellow restaurateur and alumni of Cornell University James McLamore. Both Edgerton and McLamore would lay the foundation of Burger King as Insta-Burger King with aims to provide fast services, low prices but limited menu.

At the time, customers used to pay in advance for the food, which was the opposite of the traditional method where carhops directly attended to the customers and brought their orders to their vehicles. In 1957, the corporation began opening Burger King stores and introduced the Whopper Burger. At the same time, it also dropped “Insta” from its name.

In addition to that, Edgerton was also frustrated with Insta machines that were prone to issues and therefore, came up with the flame broiler, which was the secret behind Burger King’s signature flavor.

The year 1961, saw McLamore filing for national rights to Burger King and began expanding across the country. As a result, both Edgerton and McLamore set up two supporting businesses in 1962, Distron and Davmor Industries. While Distron served as the food distribution center for all the stores, while Davmor became the source where all kitchen equipment was made for new stores.

Even though Burger King was expanding but McDonald’s going public in 1965 made the competition more difficult. In an attempt to grow the business, the pair sold 247 store businesses to Pillsbury.

Edgerton after selling the Burger King Organization left and opened Bodega Steakhouse with branches in Detroit, Florida, Dallas, and Detroit until selling it in 1976. After a few years, in 1985, Edgerton bought a few more restaurants throughout Monterey and San Francisco in 1993 before purchasing shares in three Fuddruckers restaurants. Unfortunately, Edgerton passed away in 2018 at the age of 90 due to surgery complications following a fall. James McLamore was the first CEO of the Burger King Fast Food Franchise along with David Edgerton. He is also the founder of the Whopper Sandwich. After selling Burger King to the Pillsbury Company in 1967, he remained CEO for five years. After retiring, McLamore served on the boards of major corporations, chaired the United Way, and was the Chairman of the University of Miami. Born in 1926, McLamore spent a small part of his childhood in New York. However, after the stock market crash, his father moved him to his grandmother’s. McLamore’s family was struggling financially when his mother died. He attended the Northfield Mount Hermon School before enrolling at Cornell University. Although he had $11 when he arrived at Cornell but graduated in 1947.

McLamore’s first job in the restaurant business was attending a YMCA cafeteria in Wilmington, Delaware before embarking on the journey to create his own fast service restaurant. It was in 1954 that Edgerton originally opened the Insta Burger King in Miami. After around three months, he met his fellow restaurateur McLamore and they formed the Burger King Corporation. The pair began opening Burger King stores across the country and introduced the Whopper burger in 1957. At the same time, the pair also decided to drop “Insta” from the name.

Then, in 1961, McLamore negotiated the national rights for Burger King and began expanding their reach. After selling Burger King to Pillsbury in 1967, McLamore served as the CEO for five years until finally stepping down as he felt that Pillsbury was taking the business in a different direction.

After his retirement, McLamore along with four other businessmen invested in Miami Dolphins. In 1980, he was appointed as the chairman of the University of Miami where he helped organize the third-largest campaign to date, raising $517 million for the university while working for the university.

In 1988, Burger King was taken over by Grand Metropolitan. The CEO at the time, Jim Addison request McLamore to return and support the company through consulting and advice. He returned and gave speeches at the National Franchisee Association conference in Orlando and San Francisco.

Although James McLamore and David Edgerton did not live to see the progress and growth of Burger King but their Whopper sandwich and especially the invention of the flame broiler helped the franchise grow beyond anyone’s expectations. Therefore, the way we see Burger King today, it was purely the vision of the two founders who intended to offer the best fast food service to their customers.