The Jeffersons is an American sitcom and a spin-off series from All in the Family, a famous family sitcom in the 70s. It was launched as the second spin-off of the parent series, but actually ran to become a bigger hit. The Jeffersons also ran longer than its parent series, as it ran for 11 seasons during 1975 to 1985 at CBS, while All in the Family lasted only for 9 seasons.

The show features the Bunkers’ next door neighbors George (played by Sherman Hemsley) and Louise Jefferson (Isabel Sanford), a prosperous African-American couple who moved from Queens to Manhattan, following the success of George’s dry cleaner chain. It turned out to be a more traditional sitcom compared to its parent series, and was more focused on the relationships between characters and less in pressing social issues, but it did some references to issues such as alcoholism, racism, being transgender, suicide, gun control and illiteracy.

Being one of America’s best loved comedy, The Jeffersons made some TV history. It was the first American series to prominently feature an interracial married couple, and the second longest-running series with a primarily African American cast (as it was surpassed by Tyler Perry’s House of Payne by one episode).

Besides these information, here are some other interesting and intriguing facts about the sitcom:

The Jeffersons lasted for a 10 years and its success is all the more impressive, considering that CBS often bounced the around schedules. The network changed its timeslot 15 times during its decade run. It seemed like whatever time slot it was running, the fans kept coming to watch.

2. Isabel Sanford was disappointed when she first knew that Sherman Hemsley would be her on-screen husband 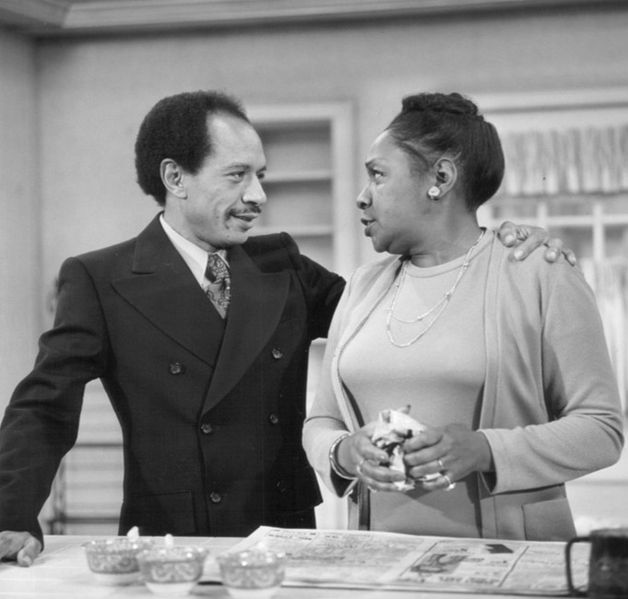 During an interview, Isabel Sanford recalled that when he first knew that Sherman Hemsley would be playing as her husband, she wondered why the director thought anyone in the world would ever believe that she and Hemsley would be a married couple. Sanford was reportedly disappointed by how unattractive and small her on-screen husband was. She also thought the he was a loudmouth and a know-it-all bully. Hemsley also had something to say about Sanford too, as he though she was both arrogant and pompous. While Sanford wasn’t a fan of Hemsley, producer Norman Lear was. From the very conception of All in the Family, Lear already pegged Hemsley to play the part of George Jefferson. He wrote the character of George specifically with the actor in mind. However, Hemsley found himself unavailable during the early stages of filming All in the Family, as he was co-starring in a Broadway production Purlie. Instead of re-casting, Lear improvised and hired Mel Stewart as a temporary replacement. Stewart posed as George when he joined Louise for dinner at the Bunker home, and it was later revealed that he was actually Henry, George Jefferson’s brother.

Hemsley and most of the cast referred to Sanford as “The Queen,” because of her natural elegance, regal poise and aura of authority. It’s not to say that she was a diva; she was just a natural Queen Bee. The actress, in turn, calls Hemsley “Neck” due to his scrawny, all-neck, 135-pound frame.

5. Sanford wasn’t interested in a spin-off series at first

When The Jeffersons was being pitched as a spin-off show, Sanford didn’t want to leave the already successful All in the Family for a new and unproven series. She wasn’t convinced about the potential of the new show, and she felt that her role on the parent series was stable and well-received. But when the producers informed her that her role would be written out of All in the Family regardless and will be replaced by a new actress in the new show, she quickly got on board.

Besides the on-set nickname, Sanford was also given a nickname for her character in the show. During filming an early episode, Hemsley accidentally addressed his TV wife as Weezy during a typical George outburst. The producers liked it and the name stuck. But Weezy wasn’t an accidental name. While growing up in Philadelphia, Hemsley had a crush on a young girl in his neighborhood named Louise, whom he nicknamed Weezy.

7. Marla Gibbs didn’t quit her day job for two years while starring in the show Marla Gibbs was working as a reservation agent at the United Airlines for 11 years before she started playing the role of Florence, the housekeeper of the Jeffersons. Her character wasn’t intended as a regular, so she kept her job and went on acting during her spare time. But Gibbs got a very positive response from the audience that she was called back again for more episodes later, then she was eventually offered a contract for seven episodes. Two years later, she was still commuting daily from the Sunset Boulevard studio to downtown LA at the United Airlines reservation office. The producers were worried that she was stretching herself too thin that they suggested that she take a leave of absence from the airline. She responded, “not unless you plan to pay me for it.” Afterwards, the producers offered her a full contract, enabling Gibbs to leave her airline job.

8. There were some notable real-life age difference of the cast playing the Jefferson family Hemsley, who played as the father George, was only 11 years older than Mike Evans, who played Lionel (his son). Also, Sanford and Hemsley were same-age husband and wife on the show, but in fact, were two decades apart in real life. Sanford was born in 1917, while Hemsley was born in 1938.

9. Franklin Cover had the longest commute to the studio

Throughout the run of the show, Franklin Cover a.k.a. Tom Willis kept living in his home in New York where his wife and two children lived. The show was filmed in Los Angeles, but he didn’t decide to move there. So, he commutes from NY to LA at the beginning of the week and stayed at an apartment for the rest of the week. He didn’t own a car either – he took the bus to the studio every the mornings, and then got lifts home from his TV wife Roxie Rocker during the evenings. Then, he commuted back to NY for the weekend and repeated the whole process on Monday.

10. The theme song was Ja’Net DuBois’ debut as a professional singer

The Jeffersons’ infections theme song was sung by Ja’net Dubois, a.k.a. neighbor Willona Woods on Good Times. She co-wrote the song with legendary songwriter Jeff Barry (the hitmaker behind “Be My Baby” and “Then He Kissed Me”) who also sang background vocals. DuBois was known as a sitcom actress, but the theme song for The Jeffersons was her debut as a professional singer. It was quite incredible to note how confident and assured she sounds on the song. 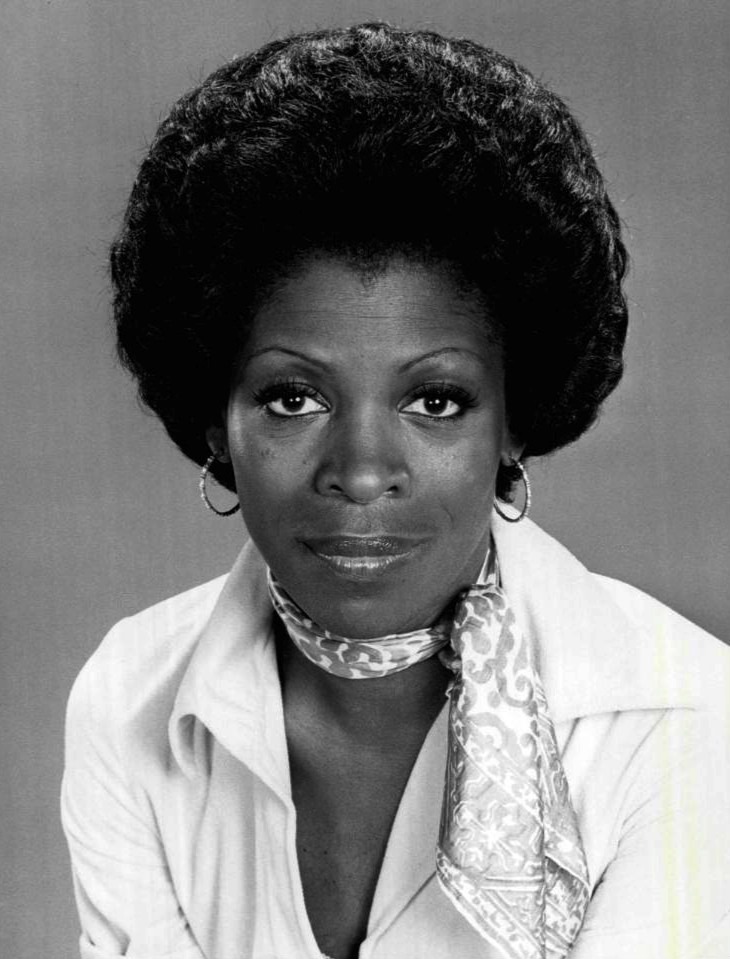 Speaking of music, let us mention rock star Lenny Kravitz. Roxie Roker, a.k.a. Helen Willis, regularly brought her son on the set of the show, since she likes to take care of her kid in a normal fashion, as much as possible. You know how actors and actresses have crazy taping schedules, so she like to keep her son close. That youngster would grow up to become future rock star Lenny Kravitz.

Roxie Rocker, together with his TV husband Franklin Cover, was subject to prejudice surrounding interracial relationships at the time. These two made headlines as TV’s first interracial couple. Cover regularly received hate mail over his character Tom and his relationship with a Helen. Roker, was also in a real-life interracial relationship, as she was married to a Jewish Ukranian man Sy Kravitz, the father of Lenny Kravitz.

12. The cast weren’t informed of the show’s cancellation

The network pulled the plug on the show without giving a notice to the cast. Hemsley himself, the actor playing the lead role, only discovered that his show was canceled via a newspaper article. Meanwhile, Sanford was only informed by her tabloid-reading cousin. Thus, the final episode “Red Robins” became the final episode, but there was no real finale. The show ended in controversy, and the cast publicly stated that the cancellation of the show without a courtesy call and ending was disrespectful on the network’s part.