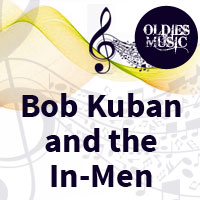 Bob Kuban and the In-Men achieved their only huge hit via “The Cheater.”  Hailing from Missouri, he formed the eight-piece band Bob Kuban and The In-Men in 1964, where he was drummer and leader.  Their only hit, “The Cheater” went to #12 on the Billboard chart in the mid-60s music era.  They had other two minor hits with “The Teaser” and a cover of the Beatles’ “Drive My Car,” but that didn’t prevent them from taking their place as a one-hit wonder group.  Ironically, “The Cheater” (a song about an unfaithful lover) singer and the In-Men leader Walter Scott met his tragic fate when he was murdered by his unfaithful wife’s lover, in 1983.  Bob Kuban was inducted into the Rock and Roll Hall Of Fame as a tribute to the one hit wonders.

Early years of Bob Kuban and the In-Men

Bob Kuban and the In-Men is an eight-piece rock ‘n’ roll band from St. Louis, Missouri, who achieved their biggest hit in 1966, “The Cheater.” Bandleader and drummer Bob Kuban was born on August 1940 in St. Louis, Missouri and was an alumnus of St. Louis Institute of Music. In 1964, he formed the group Bob Kuban and The In-Men whose members consisted of Walter Scott (born Walter S. Notheis) on lead vocals, John Michael Krenski on bass, Greg Hoeltzel on keyboards, Roy Schult on guitar, Skip Weisser on trombone, Harry Simon on saxophone, and Pat Hixon on trumpet.

Bob Kuban and the In-Men started in 1964, where they made their first record in 1965. The following year, they released the single “The Cheater” which reached its peak position at #12 on the US pop charts. Bob Kuban and The In-Men also had the chance to perform for the opening ceremonies of St. Louis’ Busch Memorial Stadium on May 10, 1966. After “The Cheater”‘s success, the band subsequently released two follow-ups; “The Teaser”(at #70 on the charts) and the Beatles’ cover of “Drive My Car” (at #93) which were low-charting hits. Even though the band’s hits dried up, they remained active in the St. Louis music scene for decades.

In 1967, lead vocalist Scott left the group. He was planning to rejoin the band in 1983, but he was murdered by his wife’s lover which rendered the ironical success of their first single “The Cheater” with the line, “look out for the cheater”.

Greg Hoeltzel formed a spin-off group called The Guise. In 1969, The Guise performed in the St. Louis premiere of “Songs of Freedom, Love, and War” — a composition by classical composer Arthur Custer and jazz composer Julius Hemphill. Meanwhile, Kuban continued to perform with the Kuban Brass Band in their hometown for weddings and other social affairs. On October 2, 2005, the Bob Kuban Brass performed for the last regular season baseball game in St. Louis.