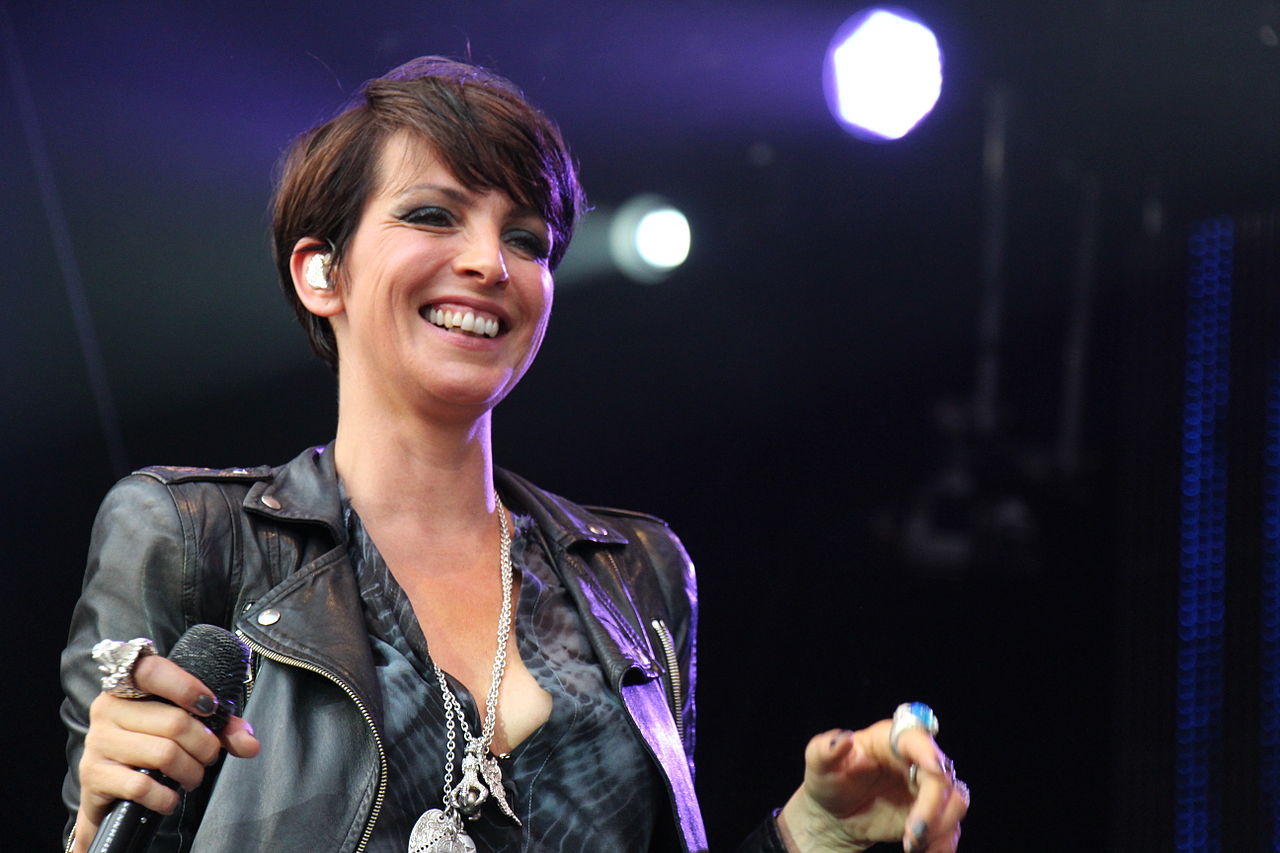 Nena was a German classic rock, post-punk and new wave group hailing from Berlin. The band was fronted by Gabriele Susanne Kerner, whose stage moniker “Nena” also became the band’s name. Nena rose to international stardom with their song “99 Luftballons” during the early 80s music era. Although a “one hit wonder” song, it otherwise became one of the non-English songs to really hit it big in the US and the UK. More on Nena here in this article!

Nena began in 1982 when singer Gabriele Susanne Kerner arrived in Berlin along with Rolf Brendel (drums), who was her boyfriend at that time. Then they met with other future members of the band which also included Jörn-Uwe Fahrenkrog-Petersen (keyboards, synths, backing vocals), Carlo Karges (guitar, backing vocals), and Jürgen Dehmel (bass guitar). Their music is classified as “Neue Deusche Welle” which is a blend of rock, pop, post-punk and new wave as well as Krautrock.

The band took their name from Kerner’s childhood nickname Nena (a corruption of the Spanish word niña which means “little girl”).

Nena (the band, that is) wrote all of their songs together. They quickly rose in the German music scene with their first single “Nur geträumt” which they also performed on national TV in the summer of 1982. It went to #2 on the German chart as well as charts of nearby countries.

Nena’s follow-up single “99 Luftballons,” which was of course sung in their native German, quickly went on to become a worldwide hit in 1983-1984. It went to #1 on the UK singles chart, and went to #2 on the Billboard Hot 100. It sold over a million copies and was given a gold disc by the RIAA. “99 Luftballons” is one of the non-English-language songs to become internationally successful.

The band also issued the English-language of “99 Luftballons” titled “99 Red Balloons” which has a slightly different meaning to the original. The band came to regret the release of the English version; nevertheless, it went to #1 in the UK and Canada. Americans still preferred the original German version, which has become a rock classic and oldies music classic gem.

By 1985 sales of Nena’s records as well as attendance of their concerts began to decline, which eventually led to their quiet dissolution in 1987.

In 1989 Nena (this time the singer) began her solo career, releasing albums whose songs were written mostly by herself (the remainder being co-compositions with other  fellow musicians). Nena embarked on her first solo tour in 1993, but pregnancies and childbirths stopped her from pursuing her own career further. In 1997 Nena was back on the road again, mostly touring around Germany.

She also continued to collaborate with her former band members. Carlo Karges also wrote a number of songs for Nena’s solo albums. Karges died in 2002 from liver failure, and his demise happened only two months before his other band members reunited to perform in Nena’s successful concert in Frankfurt.

Her solo album Nena feat. Nena (2002) was wildly successful as it went multi-platinum. More importantly, the album ultimately re-established Nena as a rock and pop music icon both in Germany and abroad.

Since 2010 Nena’s fraternal twins have appeared with her on stage as backing vocalists and her youngest son also has appeared as her keyboardist.