The music scene of the new millennium wasn’t bereft of one-hit wonders, especially on the American charts, which they used to lord over for a time. While some one-hit wonders vanished, others managed to find ways to stay relevant in the business. Here are the one-hit wonders of the 2000s who gave us joy with their memorable songs. BBMak was an English pop trio known for their only major US hit “Back Here” in 1999. Interestingly, their debut single fared better in the States than in their homeland; “Back Here” went to #13 on the Billboard Hot 100 (and #1 on the Billboard adult contemporary singles chart) while it was #37 in the UK.

The boys went on to release two full-length albums and a handful of other singles (that included two Top 10 UK hits). By the time they broke up in 2003, they had sold over three million copies worldwide. After BBMak’s disbandment, each individual members pursued his own solo career. American R&B singer-songwriter Carl Thomas released his debut single “I Wish” in 2000. The single reached #1 on the Billboard R&B singles chart, while it just barely reached the Billboard Top 20 pop. The single’s album Emotional was received well by critics.

However, the promotion of Thomas’ second LP Let’s Talk About It was unexpectedly cut short due to the sudden death of his brother, who perished from an accident. This devastated Thomas, who took time off from his career. His third album So Much Better, was released in 2007 — and fittingly enough, it did so much better than the previous one as the former reached #25 on the Billboard 200 chart.

Although he would never score another hit again, Thomas has kept himself busy with his most recent projects. He is now under the management of Verve Music Group. You may remember “Blue,” which used to be (and still is) a staple of clubs and dance parties. It is a catchy electro-dance pop single which was recorded by the Italian musical group Eiffel 65, who formed in Turin.

Consisting of Jeffrey Jey (born Gianfranco Randone), Gabry Ponte, and Maurizio Lobina, Eiffel 65 got the world shaking with their single “Blue.” It reached #6 on both Billboard pop and dance charts, and topped the UK singles chart in 1999. From that year up to 2000, the song was a hit, topping the charts in over 19 counties all over the world. “Blue” still remains the highest-charting Italian single in the United States. The making of their second album Title of Record was delayed by the band’s bitter internal disputes over creativity issues, leaving its founder and front man Richard Patrick to go out on his own. The album was finally released in August 1999, and its second single “Take a Picture” was released the following November. The single became a hit in early 2000, peaking at #12 on the Billboard Hot 100. It also topped the Billboard dance singles chart, went #4 on the rock singles chart, and #3 on the alternative singles chart in that same year. The success of “Take a Picture” enabled Title of Record to go platinum.

Although “Take a Picture” would become Filter’s only major hit, their other singles “The Best Things” and “Where Do We Go From Here” placed respectable positions on several charts. The band is still active up to this day, with Patrick being the only original and consistent member throughout its lineup history. 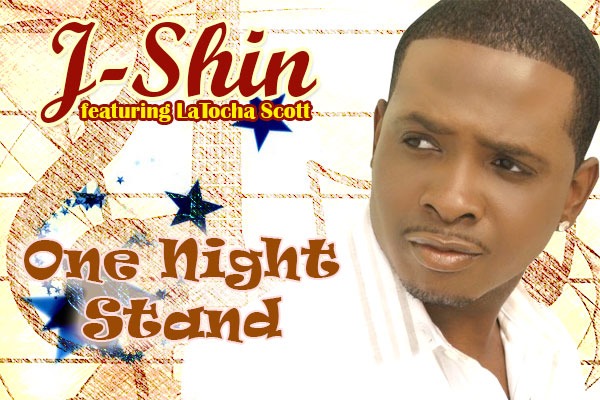 American R&B artist J-Shin (born Jonathan Shinhoster in Florida in 1978) started his career in the late 1990s. He had actually aspired to be a football player, until a car accident broke his leg bone in half. The injury later made him pursue a music career instead as he also possessed a great singing voice.

In 1999, he released his debut single “One Night Stand,” and R&B single that also featured LaTocha Scott of Xscape. The song was co-written by J-Shin and L. Scott, and went on to peak at #8 on the R&B singles chart and #34 on the Billboard Hot 100 in early 2000. His other singles “I Treat You Better” (sometimes known as “Treat U Better”) and “Sent Me an Email” were both minor R&B hits. Despite releasing newer music, J-Shin stepped away from the industry in recent years to take up acting. Fabian extended her success in the US and Latin America with the release of her first English-language album Lara Fabian in 2000. The album’s single “I Will Love Again” went to the US Billboard Top 40, peaking there at #32. It also topped Billboard’s dance singles chart and went to #10 on the adult contemporary singles chart. “I Will Love Again” also became a top 10 hit in Canada, Belgium, New Zealand, and Spain. Despite the international success, Fabian returned to her French roots, continuing to release French-language albums and singles that turned out to be bestsellers. Her second English-language A Wonderful Life was received well by critics, but didn’t do well commercially.

Fabian has continued to release mostly French-language hit records, and embark on numerous live concerts especially in Europe. As of the present, she remains the best-selling Belgian-born female artist of all time. Lucy Pearl was a hip-hop/neo soul supergroup who consisted of Raphael Saadiq (of Tony! Toni! Tone!), Ali Shaheed Muhammad (producer of A Tribe Called Quest), and singer-songwriter and musician D’Angelo.

In 2000 they achieved their biggest hit through their single “Dance Tonight” which peaked at #36 on the Billboard Hot 100. It also went to #5 on Billboard’s hip-hop singles chart. But their career was short-lived, and despite the addition of Dawn Robinson (of En Vogue) and her subsequent replacement by singer Joi, the group ultimately broke up in 2002. The Norwegian female teen pop duo experienced the peak of their success in the early 2000s. Their debut album Shades of Purple was released in 2000; it spawned their biggest hit “Don’t Say You Love Me” which etched at #21 on the US Billboard Hot 100.

The duo was particularly more successful in Southeast Asia, and because of their popularity in the region, it helped Shades of Purple to sell five million copies worldwide.

Despite the mostly positive critical reviews of their sophomore album The Big Room, it didn’t do well commercially as their first album did. M2M disbanded in 2002, and since that time both girls have gone on to their own respective careers, with much success. Mary Mary’s debut single “Shackles (Praise You)” was released in late 1999 and written by the girls themselves and produer Warryn Campbell (who would become Erica’s husband). It became a Top 40 pop hit in early 2000, reaching its peak position at #28. It also peaked at #9 on both hip-hop and dance singles charts.

“Shackles (Praise You)” became the first gospel-inspired song to gain wide exposure on MTV as well as receive significant airplay. Up to the present it has remained Mary Mary’s biggest hit of their career yet. Their following releases occupied mostly on the R&B and gospel charts. Fun fact: both sisters are married to the men who happen to have the same surname — Campbell. Despite their massive success in the UK and anywhere else in the world, Westlife was never able to break big into the US music scene. The Irish boy band’s debut single “Swear It Again” was their only American hit, barely making it to the Billboard Top 20 pop chart in 2000. “Swear It Again” is also the group’s only single to have charted in the US.

Their lack of a major American success was otherwise compensated by their fourteen #1 hit singles in the United Kingdom, and over 50 million records they had sold worldwide. After celebrating their 10 years as a group with a sold-out concert in Europe in 2008, Westlife went on a hiatus. They came back again in 2009, recorded their last two studio albums, and a “greatest hits” compilation before splitting up for good in 2012. In 2001, Martinez released her solo debut album Up Close and Personal. The following year her second album Animal House was released and carried the first single “If I Could Go!” It became her most successful single, peaking at #15 on the Billboard Hot 100. It also became a big hit on the rap and hip hop singles tracks. It sold over a million copies and was certified platinum.

Despite the success of her crossover hit single, Martinez eventually announced her retirement from the recording business to focus on other projects. Before her singing and recording career, Martinez had gotten her start by working in the radio business answering hot lines. After her retirement from the recording business, she returned to her first job, but this time she became a successful radio personality. At only 11 years old, Gilman scored a big hit with his song “One Voice,” in 2000. A song that was also a spiritual plea against school violence, it became a country hit at #20, and reached #38 on the Billboard Hot 100. The single’s album, also titled One Voice, reached #22 on the Billboard 200. In this manner, Gilman became the youngest singer to have a Top 40 hit on the country singles music charts.

After his initial success, he followed this with another single “Oklahoma,” which became a minor hit, and the album Classic Christmas which was rushed out by year’s end. He has continued working in the industry, collaborating with notable names in country music. Gilman is also a celebrity ambassador for the Muscular Dystrophy Association (MDA). Nappy Roots is a Southern rap/country rap group originating in Kentucky. Their 2002 single “Po Folks” became a #21 Billboard pop hit. It also reached the upper places on the rap and hip-hop singles tracks in that same year. The single’s album Watermelon, Chicken and Gritz reached #24 on the Billboard pop albums chart and #3 on the R&B albums chart.

Nappy Roots’ other well-known singles include “Awnaw,” “Roun’ the Globe,” and “Good Day,” but it seems “Po Folks” is the most definitive single of their career. Originally a six-piece, Nappy Roots now performs as a quartet. Hailing from the Mississippi Delta region, country music artist Steve Azar achieved his biggest pop hit to date with his single “I Don’t Have to Be Me (Til Monday). It reached #35 on the Billboard Hot 100, as well as #2 on the country music singles chart in 2002. The singles’ album Waitin’ on Joe also charted high on the country album chart and Heatseekers chart as well.

Although he was not able to score another Hot 100 hit again, Azar otherwise went on to enjoy a string of country hit singles. Azar has since released albums on independent record labels.