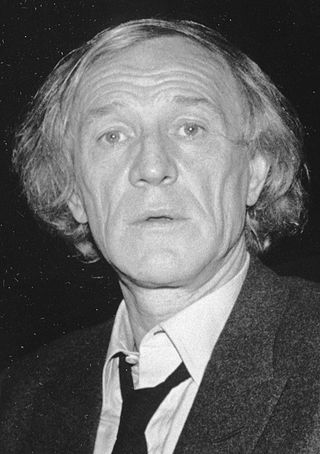 Richard Harris (born 1930 – died 2002) was an Irish actor, film director and singer known for his films This Sporting Life, The Field, Camelot and Cromwell as well as  for his roles in the first Harry Potter films as Albus Dumbledore. Harris’ recording career was highlighted by his 1968 single “MacArthur Park” which went to the Top 10 Billboard pop charts. He had a considerable achievement in his recording career, releasing thirteen albums including his spoken-word LP version of the best-selling novel Jonathan Livingston Seagull, for which he won a Grammy in 1973.

Richard Harris was a talented, if troubled, genius. He had created an image that is completely his own — a consummate actor on screen and on stage but a heavy-drinking hellraiser off screen. So to think that he was also a singer might take you completely by surprise. But while not nearly as successful and prolific as his acting career, Harris’ recording career did have some measure of success and even bring him popularity outside of acting arena. As implied above, Harris was talented, even gifted — he was an actor, singer, recording artist, movie director, stage producer and writer.

Richard Harris was born Richard St. John Harris in Limerick, Ireland on October 1, 1930. The son of a miller, Harris was educated first at a Catholic school, and then to London Academy of Music and Dramatic Art (RADA) to learn acting. It was because he didn’t find any suitable courses for film directing as he had aspired to become a director.

He made his stage debut in 1958, and two years later appeared on his first film Alive and Kicking, produced in Britain. Harris went to act in supporting roles on big-budget Hollywood films such as The Wreck of the Mary Deare, Mutiny on the Bounty and more memorably, The Guns of Navarone.

However, it was through Harris’ first starring role in This Sporting Life(1963) that helped him win his first acting award at Cannes, as well as an Oscar nomination. Most importantly, the film propelled Harris into stardom and a major international career. For most American or international audiences, Harris was among the most recognizable British or Irish actors alongside the likes of Michael Caine and Sean Connery.

Harris’ film role in A Man Called Horse (1970) that brought him back to the British box office draw, and more importantly made him a cultural icon. The movie remains one of his most acclaimed works. It spawned two sequels, also starring Harris, for the next thirteen years.

In the midst of his film career, Harris also launched a singing career. This began when he appeared as King Arthur in Warner Bros.’ 1967 film adaptation of the musical play Camelot. Audiences who saw the movie thought that the Irish actor also came across as a good singer. He provided spark in the otherwise sluggish film, and gave his co-star, the Broadway-bred Oscar winner Rex Harrison, a run for his money, so to speak.

A year after, Harris’ friend Jimmy Webb offered a proposed recording stint, which the former accepted. That recording stint turned out to be an epic-long pop project. Webb was also a known songwriter with hits such as “Up, Up and Away,” and “By the Time I Get to Phoenix” to his credit. He wrote an intended cantata called “MacArthur Park” and had originally brought it to the pop vocal group the Association, but they rejected it.

Harris then got to record “MacArthur Park,” which was issued on Dunhill label. The song was released in its original length at seven minutes, and with several movements and structures — which was unusual for singles during that era. The epic single rose to become an epic hit indeed, rising to #2 on the Billboard Hot 100 in 1968. It peaked at #10 on Billboard’s adult contemporary singles chart, and was also a huge British chart hit at #4.

Although Harris was part of the Camelot soundtrack LP, it was the subsequent LP A Tramp Shining which was his real first solo album. A Tramp Shining, of course, featured the hit track “MacArthur Park” and peaked at #4 on the Billboard 200 album chart.

Harris also recorded an audiobook version of Richard Bach’s best-selling novella Jonathan Livinsgston Seagull, which came in an LP format (it has yet to be released in other any other format). Harris’ work earned him a Grammy award for Best Spoken Word Recording in 1973. He also recorded and released a spoken word LP of his reading of Kahlil Gibran’s The Prophet.

Harris recorded and released a total of thirteen albums (including the original motion picture soundtrack ofCamelot) and a dozen singles.

In his later career, Harris continued to act in films such as the Oscar Best PicturesThe Unforgiven and Gladiator, and other films such as Cry, the Beloved Countrywhere he played a lead role. One of his notable final film appearances was in the first two Harry Potter films as Albus Dumbledore.

Having been diagnosed with Hodgkin’s disease in August 2002, Harris died in London, England, on October 30 that year. His death happened exactly 29 days after he turned 72, and just two and a half weeks before the US premiere of Harry Potter and the Chamber of Secrets.