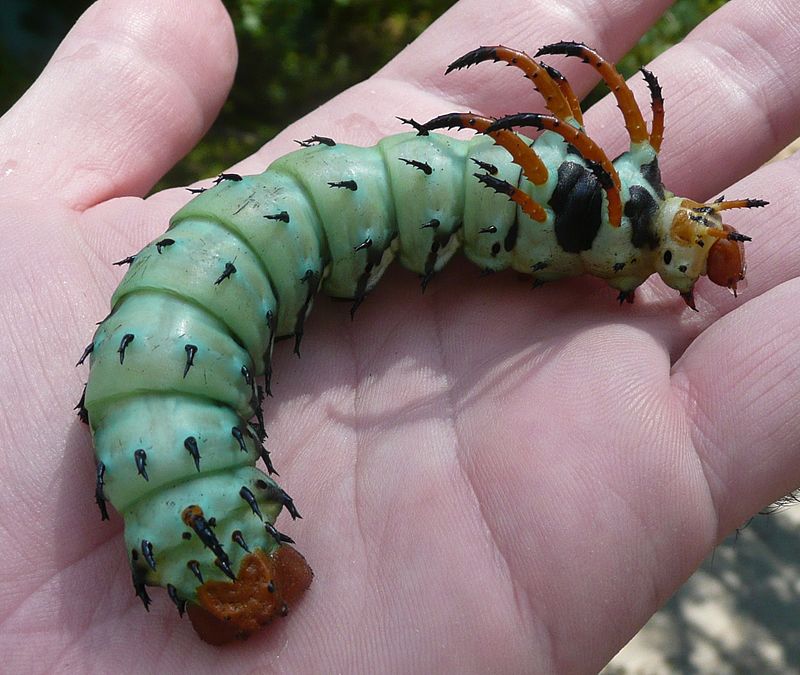 There are many kinds of insects that you can find here on Earth. In fact, there are around nine hundred thousand species of insects known and likely millions more to discover. Insects have the capabilities of being the creepiest creatures on our planet. Though there are some insects that we’re already familiar with and we no longer find them unusual, they can still make us cringe at times.

Insects that enter your home can be scary and carry various infectious diseases. Many people try to get rid of insects with different means, but there are such strange and rare species of insects that are quite dangerous and it would be better to use pest control services.

The most common methods of residential pest control include chemical pest control sprays both to kill and repel insects, ultrasonic repellents, and pest control traps. Pests can be a nuisance in the home, causing structural damage and illness. There are a number of different types of pests that may invade your place, but only Merlin pest control company can help you with all types of pest control.

Many harmful insects adapt to the chemicals used. So, if you find out strange and unwanted insects in your home, contact the pest control contractor on the Fee4Bee. Here you will find proven exterminators in Canada who will be able to determine the type of insects and pest control methods suitable for your case.

But since there are many more species of insects to discover, you will find more strange and unusual ones when you explore. If you’re curious about weird insects and you think you can handle their appearances, then here are some of the strange and unusual insects we found. This is a small and colorful insect that can be found on a wide range of plants all over the world. They do not grow more than 15 millimeters even when fully grown. A group of this insect can cause severe damage to the plants and trees that they live in because they eat the plant sap which is a vital fluid of plants. This is one of the most unusual and beautiful insects in the world. Its long snout gives it a unique look. But even though they look attractive, filbert weevils are
harmful and they feed on acorn of oak trees. This insect is a native to Australia. It has a large curved body and they can grow from 3 to 8 inches in length. Female Australian walking sticks are larger than males.
They live on eucalyptus trees because its leaves are their primary food. They have claws on their feet which ensure them a better grip while climbing.

This is another one of the unusual but wonderful insects in the world. This moth resembles a hummingbird because of its wings, long tongue, flight, movement, and
even it’s sound. They can be found in the warmer regions of Southern Europe and Northern Africa. The wings of hummingbird moths can grow as long as 1.8 inches.
You will be able to spot them both at daytime and dusk hovering over flowers just like hummingbirds. This is a predatory bug that can be found all over the world and there are more than 700 species of them. Its size and color vary depending on what species it came
from but they typically have long body and legs. They are called assassin bugs because they are great predators. They inject powerful saliva to their prey’s body
using their long rostrum. That bite is very painful. The Brazilian treehopper is probably the strangest insect you will see. Its looks can give you the chills especially when you notice the weird ornamentation they have on their thorax. They live a solitary life. However, scientists still cannot tell what their weird structure is for but they think it is their defense mechanism. The giant stick insect is one of the weirdest insects you will ever see. They are longand quite heavy just like real sticks. Some of them have really small wings and it’s
strange to see that they can fly. There are around 3000 species of sticks insects in the world.

Unlike the usual caterpillars we see, this one looks really weird. The hickory horned devil is a nocturnal caterpillar. They resemble bird droppings and during the day, they curl up into a “j” shape. This is one of the largest insects in the world and they can be found on ponds and streams in different countries. They can grow up to 4 inches in length and can have large and powerful claws. These claws can deliver an extremely painful bite. They make surprise attacks on their preys once they come closer. After catching its prey, it would immediately inject a strong enzyme to its prey using its claws. After that, they will drink the leftover semi-liquid part of their prey. This is one of the largest insects in the world and it is endemic to New Zealand. They can grow up to 4 inches and weigh up to 35 grams. They have noticeably long legs and antennas. They are unable to jump of fly because of their massive bodies. Aside from having great size, another weird thing about them is how they breathe. It’s because giant wetas don’t have lungs and they breathe through holes in their exoskeleton. This beetle is native to rainforests in Central America and they are one of the largest insects in the world. The unusual characteristic that they have is their longhorn which is found on male Hercules beetles. These horns can grow up to 18 cm in length making them the longest beetles in the world. They are also strong because they can carry 850 times its body mass. This insect resembles a scorpion because of its tail that is curled upward. The only difference is it does not sting with their tail. They have elongated bodies, long
antennas, and long beaks. Their bodies are yellow, their heads are red, and they have large eyes as well.

Driver ants are the type of ants that when you attack one of them, their entire colony, which is up to 20 million ants, will take it personally and attack you back. In fact, they can kill and consume small animals and larger invalid animals, even humans. They have powerful bites and their jaws will remain locked on your skin even if you kill and tear them apart. The natives, on the other hand, use these ants for emergency stitches for wounds. You might mistakenly pick this colorful little insect because it looks like a flower but shriek with surprise once you realize that what you’re holding is a creepy crawly. Flower mantises come in many different shapes as well as colors. There are some which have two eyes sticking up on top. There are also orchid mantises which are widely considered quite beautiful. This insect is considered as a threat in the insect world. It’s because while it is still a larva, it waits around for a bee or wasp to come along. After that, it jumps on board and burrows into the host. It will then transform into a male or female second-stage larva. Male twisted wing parasites will go out and look for a mate. Females, on the other hand, remain inside the host and poke out her genitals. After she gets pregnant, she will lay her eggs and the cycle will begin again.