Mothers are an important part of our lives, whether they’re biological, adopted, or simply filling that role in some capacity. In fact, many other motherly figures we’ve probably experienced in our lives might not even be real people, but characters on a popular TV show. If you’re looking for a Freeview or Satellite TV installers so you can watch these classics, check out AerialForce’s Aerial Installation Services.

It’s always a good time to celebrate motherly figures and motherhood in general, so let’s take a look at the top TV moms of all time. These characters have won our hearts many times over, even if they’re not part of the main cast: The classic 60s sitcom “The Brady Bunch” was a roaring success and a pioneer in many ways. It was one of the first shows to talk about blended families, with a mother and her three daughters joining hands with a father and his three sons. Add in the jolly, wise-cracking housekeeper Alice, and you have an ensemble cast that still resounds in the audience’s memories.

There are several iconic TV moments from the 1960s, but the Brady Bunch holds a special place for its viewers. Holding the whole family together was Carol Brady, who was always cheerful and ready with the advice her kids needed at all times. She was one of the cool moms of television but was stern when she needed to be. The 50s housewife was usually portrayed as being tied to the house and kitchen, always serving up hot meals and snacks with a million-watt smile. Claire Huxtable, on the other hand, was the unapologetically fierce female role model of 80s television. She was a mother of six children on the long-running Cosby show, but her role was also that of a successful lawyer, a loving wife, and a feminist.

Claire’s parenting might have been firm and no-nonsense, but it was her fiery speeches and fierce defense of women that won our hearts. Some might still benefit from one of her rants from back then! Plus, while the show might have been named after Bill Cosby, who played her husband, it was Mrs. Huxtable who was in charge of the whole household.

The 80s, in general, was a golden time for sitcoms and other genres of TV shows. Check out some of the best TV shows of the 80s for more great viewing. This goth lady might be a far cry from Carol Brady, but she’s definitely a great mother. While her parenting style might be a little controversial, she embodies the essence of what the Addams family is all about.

The best thing about Morticia Addams is probably that she accepts her children as they are and encourage them in their chosen path. There’s no doubt that her kids love and cherish her in their own way. The iconic show “I Love Lucy” was a huge hit back in the 50s. Clips from this series are still showing on social media, with several views, shares, likes, and comments. Lucy gave birth to Ricky in January 1953, in an episode that was viewed by an estimated 70% of American households.

From the moment that Lucy became a mother, the show focused on her maternal development and what she learned from the experience. Of course, Lucy wasn’t a traditional mother by any definition, but she was still one of the most memorable. She encouraged her son’s interest in the arts, which must have been revolutionary back in the day. Plus, Lucy always knew how to enjoy herself and make sure that everyone had a great time! 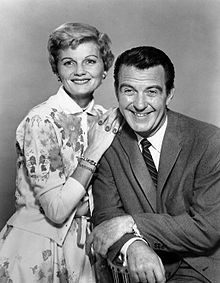 “Leave it to Beaver” was a popular show back in the 1950s, though it may not have aged very well now. Beaver’s mother, June Cleaver, is more or less the benchmark for moms on TV shows, or at least she was during the show’s run. While the character was very much limited by the traditions of that era, she was ready to think outside the box when the situation called for it. While she might not have been the main character in the original premise of the show, Sophia Petrillo soon found her way firmly into the heart of the beloved Golden Girls sitcom. She and her daughter Dorothy were both strong and memorable characters who made the show the classic it’s known as today.

Sophia might crack jokes at Dorothy’s expense, but she was always there for her at the end of the day. The bond between mother and daughter, even with the advanced age of the latter, was unique and genuine. This is one of the characters that might not technically be a mother to anyone in the main cast, but was definitely a mother figure. Starting out as the housekeeper in ‘Diff’rent Strokes’, Mrs. Garrett then got her own show and became den mother to four girls on the 9-season strong 80s sitcom ‘The Facts of Life’.

For almost a decade, Mrs. Garrett was known as the go-to person whenever any of the girls needed any advice. Even though each girl had a strikingly different personality, they were all firmly under the guidance of their surrogate mother figure. The show itself is worth watching even today; read up on some interesting facts about it to make up your mind. The Gilmore Girls just got a much-awaited reboot, and Lorelai Gilmore is as delightful as ever. She’s wacky, absent-minded, and best friends with her daughter. While the latter has the same name, she goes by Rory most of the time.

This character is undoubtedly an impressive one, especially given the sacrifices she made to bring up her child as best as possible. Lorelai Gilmore has certainly been the inspiration of many single moms for generations. This mom from ‘Friday Night Lights’ is an embodiment of mom goals today. Her husband has a demanding job, so this mom was responsible for the whole household as well as a difficult teenager. However, she was also involved in a lot of work for their community and pursued her own dreams to boot. ‘One Day at a Time’ is another show that recently got another life thanks to Netflix. This reboot also ave us back one of the toughest moms in television history. Here, Justina Machado plays a mother, a war veteran, and a nurse all at once. She’s also a single parent and suffers from anxiety plus depression.

Still, this character has opened up many meaningful conversations about mental health and other pressing issues. She’s definitely a fun character, but an even more inspiring one. This woman seems to have her house full at all times. With a dropout daughter, a less-than-brilliant son, a grouchy husband, and a difficult mother-in-law, Kitty has her work cut out. However, she still manages to stay level-headed and productive in the ‘That ‘70s Show’ sitcom. Sometimes, it might seem like she was the only one holding the house and the family together.

We simply can’t ignore the mother in one of the longest-running series to date, even if she is technically an animated character. Marge Simpson is sweet, caring, and central to the functioning of a whole family. In fact, there’s a whole episode on ‘The Simpsons’ about how the rest of the family simply can’t do without her.

The mother on ‘Growing Pains’ had to deal with no less than four kids at once. She also represented a change in the family dynamics of that time (the 1980s/1990s) by choosing to resume her career as a reporter.

Even though her career fast became a success, Maggie was there to discipline her kids and enrich them with her wisdom. She even fostered a homeless teen near the end of the show (incidentally, the actor portraying this character was none other than Leonardo DiCaprio. The 1960s show ‘Bewitched’ was a great hit, and it was mostly thanks to the main character Samantha. The character eventually graduated to mom status, but her troubles were far from over when she had to hide the magical powers of her offspring as well as her own.

This portrayal of family life was both bizarre and entertaining, but Samantha handled it all with immense grace. She was hence an inspiration for magical characters on television as well as mothers. ‘All in the Family” made Edith Bunker the mediator between a liberal-minded son-in-law and a conservative husband. She represents a voice of reason as well as the matriarch in the beloved TV show. She can stand up for herself, but that doesn’t compromise her role as a caring mother and a part-time caretaker. The lone female within the Taylors, Jill is kept busy due to the crazy accidents and adventures within her household. Tim Allen and the other three boys keep her on her feet, though it must have been very trying at times. Classic television is all very well, but the TV moms of current times deserve some love too. Rainbow Johnson is the mother of five children on the hit sitcom ‘Black-ish’, and has recently obtained her own spin-off by the name of ‘Mixed-ish’.

Her ancestry aside, Bow’s greatest talents include her in-depth talks with her kids and always putting them first. Even when her own marriage was falling apart, she managed to make sure her kids didn’t want for anything. Continuing the modern TV mom thread is Katie Otto on the currently-running series ‘American Housewife’. Katie has three kids with very different personalities. The youngest one has OCD, which is a disorder that the family has to deal with every day.

Along with handling a cultural clash from her svelte suburban neighbors, Katie manages to handle her children and juggle everything else quite well. In many ways, she’s an embodiment of how it’s not easy to be a mother at any stage. However, she also sends a healthy message to women about how it’s okay not to be absolutely perfect all the time. The hit sitcom ‘Modern Family’ might be on its way out, but the memorable character of Claire Dunphy will always remain in our hearts. She starts out as a housewife, but is now playing the role of a super-motivated head of her father’s company as well as being an inspiration to her grown kids.

Claire apparently had a wild life as a youngster, though she’s a type-A personality now. Her good intentions are always in full force, even if she has to give up something for herself for the sake of her children. “This Is Us’ is among the most tear-jerking and emotional shows on our screen right now, and Beth Pearson is one of the inspiring mom characters that make it possible. She’s affectionate to everyone, including her biological family and those beyond it. She always wants to make her home a haven for those who need it, and strives to support her foster daughter in the best possible manner.

You might notice that almost every hit sitcom and any show with a running storyline has some sort of mother figure in it. These characters usually get a lot of love from the audience and some of the best lines to boot. At the end of a series run, these ‘mothers’ might become some of the most iconic characters in television history.

These mothers gave advice, soothed woes, and were generally a delight to most viewers. Some of us might have learned to appreciate our own mothers all the more after watching these characters. For others, these TV moms might have filled a void in our childhood. In either case, there’s no doubt that these mothers are certainly worth celebrating.