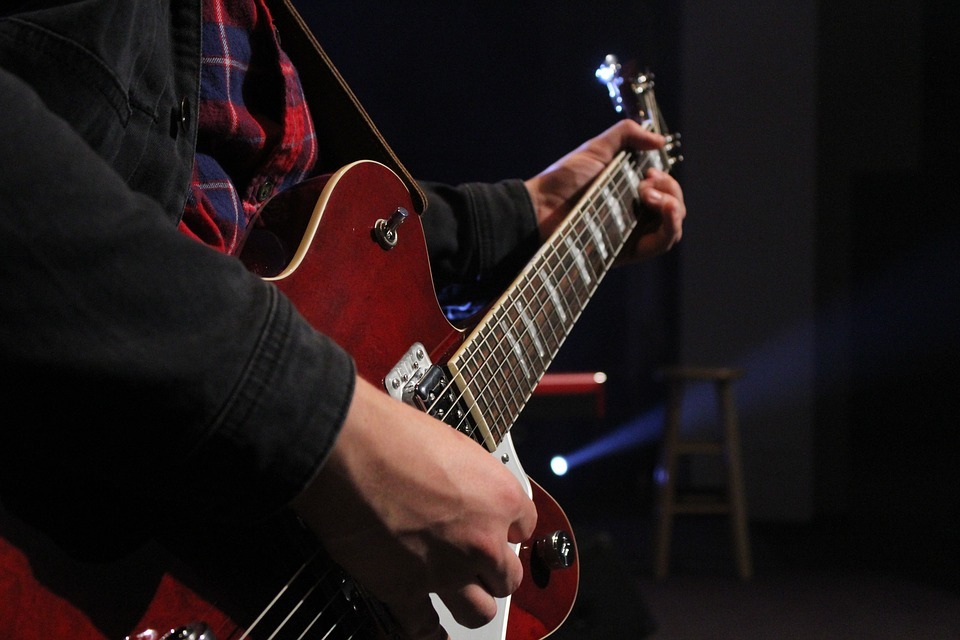 We all know the most familiar musical styles and genres such as pop, rock, jazz, folk, and country. The more knowledgeable music lovers, on the other hand, may have explored other genres and sub-genres such as rap, hip-hop, metal, blues, and even weirder fusions such as rap metal and country techno!

When all of us think that we have known every musical style and genre (and their sub-genres), some of these strange and unusual styles may pave the way to more musical discovery and enjoyment!

Medieval folk rock is an intriguing but interesting fusion of the early and modern musical genres. It is a musical subgenre developed in the early 1970s in England and Germany. Despite the name, medieval folk rock also incorporates renaissance and baroque music with elements of progressive folk and rock. In most cases, it uses very few or no electronic instruments. Devil Do By Holly Golightly Defending The Throne Of Yhwh Unloved And Weeded Out No Grave But The Sea [Explicit] Vaporwave came into being sometime in the early 2010s as a fusion of electronic music and Internet culture. It derives its inspiration from the music of the 1980s and 1990s, such as electronica, lounge music, and smooth jazz, and combines them with indie dance genres. Vaporwave is not only distinguished by its unique sound, but also by its visual promotional style and packaging. Visual elements associated with vaporwave include random Japanese characters in the title and Microsoft logos and videos that use blurry VHS style effects. Vaporwave is often regarded as a satirical take on consumer capitalism and pop culture.

Country music is often described as a vehicle for complaining about broken hearts and pickup trucks, but horror country takes the genre to new if weird, levels. While it remains country stylistically, the subjects are otherwise about scary topics such as ghosts, corpses, or demons. If you are stuck in an old, spooky farmhouse, any horror country music will be the perfect musical soundtrack.

Love video games and heavy metal? Then Nintendocore should be right up your alley! It goes by other names: Nintendo rock, nerdcore, video game rock, and chiptune rock). It combines the elements of the vintage chiptunes and 8-bit video game music with heavy metal and hardcore punk. Pioneers of Nintendocore include Horse the Band, Minibosses, An Albatross, and The NESkimos. It’s the hardcore music for nerds.

This article might get things a little weirder. Lowercase is an extreme form of minimalist music that is built around usually unheard sounds, amplified by computers to greater effect. Crumpled paper, broker lightbulbs, and carburetors are some of these elements typical of the lowercase genre. Steve Roden is believed to have developed this genre when he released his experimental album Forms of Paper in 2001.

Black metal (or pretty almost every metal music) is typically regarded as being Satanist of anti-Christ. Or people accuse black metal as such, without bothering to find out the real content behind fast drumming, intricate guitar riffs, and raspy vocals. Well, you have to look differently at unblack metal – while the music sounds the same as black metal, unblack metal otherwise promotes Christian beliefs and contains religious lyrics. It is also known as Christian black metal.

Germany is the country that you least think about when it comes to reggae. But surprisingly, reggae has been holding a special place for Germany since the 1970s. As you might expect, the first German reggae groups were predominantly white, middle-class youths. But since reggae artist Gentleman began releasing albums and working with the likes of Ky-Mani Marley (son of reggae legend Bob Marley), times have definitely changed. Today, Germany hosts regular open-air reggae festivals that were well attended by music fans from all over Europe.

Mathcore is a subgenre of hardcore punk and metalcore and an even more complex variant of math rock, brimming with complex rhythms, unconventional riffs, syncopations, and constant tempo riffs. Mathcore began sometime in the late 90s, and the early 2000s and pioneers of this genre include The Dillinger Escape, Botch, Architects, and Converge.

Musically, pirate metal is similar to any metal rock you’ve heard. However, it incorporates anything pirate (not surprisingly!). Lyrics typically consist of pirate jargon and incorporates other musical genres, including folk rock and the traditional sea shanties. It is also evident in the many of the pirate metal bands’ stage performances – complete with period pirate costumes, props, the works. This makes downloading their music wrong and humorously ironic.

Shoegaze is a subgenre of alternative rock and indie rock that originated in the United Kingdom during the late 1980s through the early 1990s. It is distinguished by ethereal-sounding “wall” of distorted guitars, feedback, obscured vocals, and overwhelming volume. In complete contrast to any energetic or hyper rock frontman, lead vocalists of shoegaze rock bands typically stand in a totally passive and non-confrontational manner while singing.

“Shoegaze” is so called because guitarists appeared to be staring down at their shoes during concerts. But actually, they were looking down at the readouts of their pedals, whose effects gave the unmistakable “shoegaze” sound. Pioneers of the shoegaze era include My Bloody Valentine, Slowdive, Chapterhouse, Pale Saints, and Ride.

3) Holly Golightly and the Brokeoffs – “Devil Do”

6) Christageddon – “Defending the Throne of Yhwh”

8) Converge – “Unloved and Weeded Out”