Rhode Island was among of the first Thirteen Colonies to become independent from the British, declaring itself independent in 1776. Know more interesting things about “The Ocean State” here in this gallery! The Narragansett Town Beach is a saltwater coastal beach. It is located near the town of Narragansett, Rhode Island. Unlike other state-funded beaches, this area charges fees for parking only. It is one of the best and cleanest beaches and is also accessible for the residents and tourists of New England. It receives about 10,000 daily. Providence is Rhode Island’s capital and largest city; it is also one of the biggest cities in the New England region. The area was founded by an English Protestant theologian named Roger Williams, who came there along with other religious exiles for refuge. He founded the colony of Providence Plantation in 1636, which he named in honor of “God’s merciful providence.” The red maple (Acer rubrum) is the state tree of Rhode Island. It was given such designation in 1964. Rhode Island is famous for its silverware and fine jewelry.  It is currently second in the state’s manufacturing sector after electrical equipment.  Rhode Island is the leading jewelry producer with about 1,000 manufacturers — costume jewelry in particular, is of great value The Rhode Island Red Hen (or just the Rhode Island Red, scientific name Gallus gallus) is a type of chicken breed. It is bred for its meat and eggs and is also a popular show bird. It was designated as the official state bird of Rhode Island in 1954, replacing its former state bird, the Northern mockingbird. Violet (Viola) has been the official state flower of Rhode Island since 1968. Opened in 1994, the Waterplace Park is located along the Woonasquatucket River Providence’s downtown area, Rhode Island. It annually hosts the Waterfire public/performance art and festival events where bonfires are lit on the river itself, accompanied by “world” music. The seaside city of Newport, Rhode Island features many of the well-preserved, beautiful old buildings. You can find some of them on the Newport Downtown Historic District, which used to be the center of 19th century Newport. The government, commercial and residential buildings (present and former) line the Main Street between Depot Street and Sugar River. These structures, built in Italianate and Second Empire architectural style, are well-preserved and present a picture of what Newport what was like many decades ago. The district has been listed on the National of Historic Places since 1985. 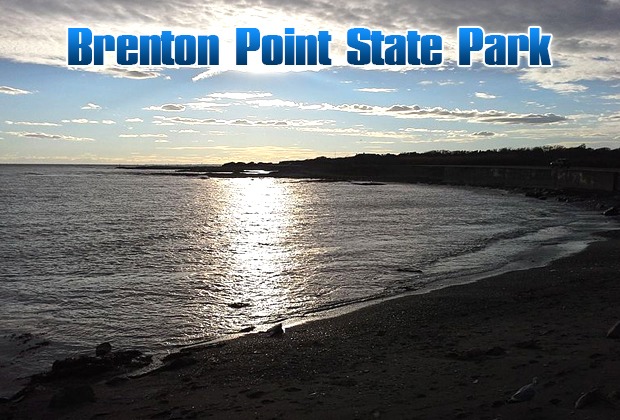 The Brenton Point State Park is a park on the Aquidneck Island in Newport, Rhode Island. It was once the location where the city’s grandest estates were built.

The park offers spectacular views of the Atlantic Ocean as it meets the Narragansett Bay, midway along the Ocean Drive. A popular tourist spot, visitors can do a lot of activities that include fishing, picnicking, hiking or just sightseeing and relaxing the cool sea breeze. The Claiborne Pell Newport Bridge is a suspension bridge across the Narragansett Bay, Rhode Island. It measures 11,248 feet long, 48 feet wide, and 400 feet high, and is operated and maintained by Rhode Island Turnpike and Bridge Authority. The bridge, first opened in 1969, connects the cities of Newport and Jamestown, both in Rhode Island. The Crescent Park used to be one of Rhode Island’s popular attractions. Opened in 1886, the amusement park was shut down in 1979 due to declining attendance.

Although the former park is now a residential area, there’s the only remnant of its old glory: the Crescent Park Looff Carousel. It was designed and built by Charles I.D. Looff, a master carver of carousels and other amusement rides. The carousel remains operational up to this day, and is now considered an official National Historic Landmark relic. The current version of the flag of Rhode Island (official name: Rhode Island and Providence Plantations) consists of a white field and gold anchor in the center, surrounded by 13 stars, and a blue ribbon below the anchor which bears the state motto in gold: “HOPE.” The gold anchor represents hope, while the 13 stars represent the original 13 colonies to declare independence from the British, and Rhode Island’s status as the 13th state to ratify the Constitution.

The flag is frequently seen with gold borders around the three edges of the flag. It was adopted and first flown in 1897 and like many US state flags, the Rhode Island flag has undergone some design changes.