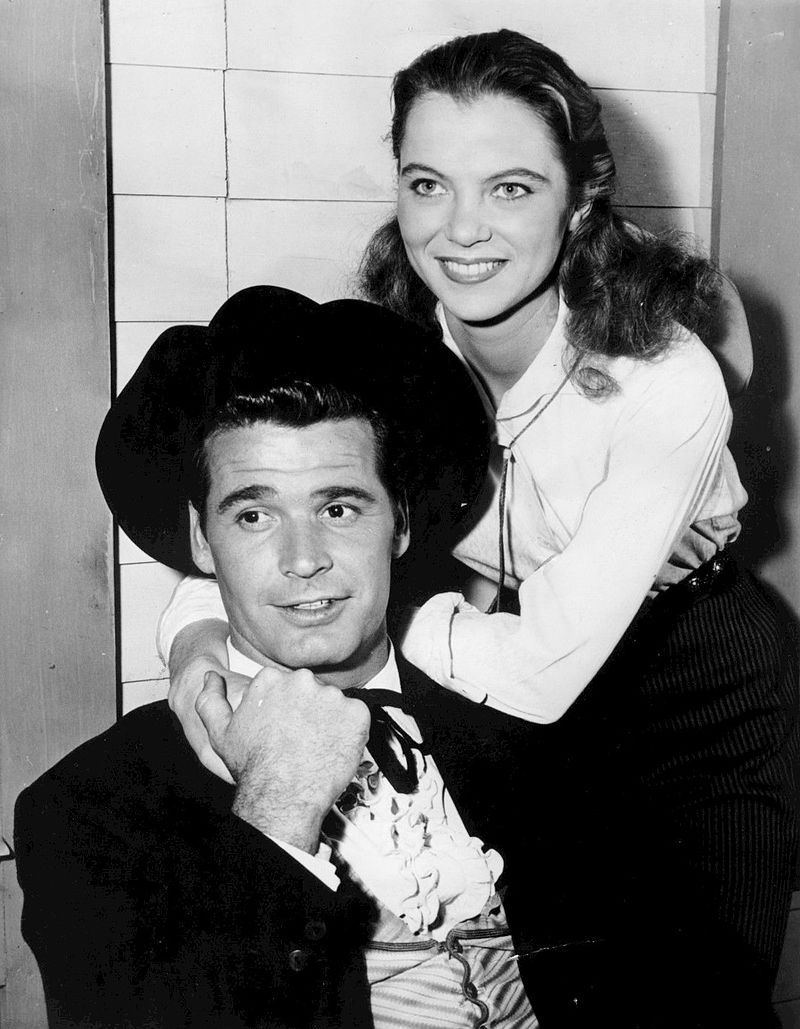 The 1950s was the era of outstanding films, while the 1960s are marked as the years of the most famous TV shows in which some of the greatest names of Hollywood worked and started their careers. These stars from the 60s didn’t only work in television series but also in movies of this decade.

During the 1960s, new faces got the attention of viewers with their dazzling beauty and outstanding acting skills. Some of these best actors and actresses are listed below, along with their achievements in the entertainment industry. James Arness, an American actor who ruled the television with his famous role of Marshal Matt Dillon in the TV series “Gunsmoke” for twenty years straight, is top on our list. He was an actor with the perfect mixture of talent and looks, as he also had the distinction of playing “Dillon’s” role from 1955 to 1975. Although Arness started his career before the 60s, his fame peaked during the 1960s, as if the decade was made for him.

Other than television series, Arness also appeared in some films, including “The Farmer’s Daughter,” “The Thing from Another World,” and “Them!”

Arness also had a very friendly relationship with John Wayne, with whom he co-starred in films like “Big Jim McLain,” “Hondo,” “The Sea Chase,” and “Gun the Man Down.” 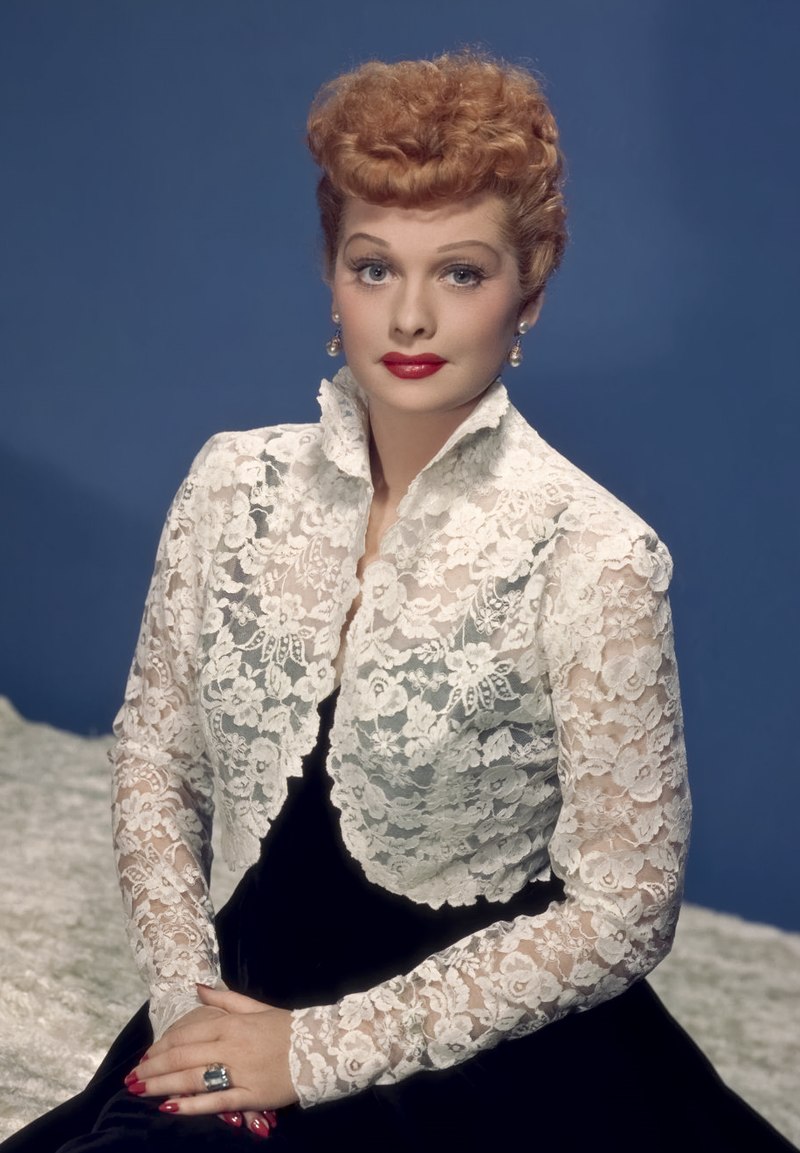 Lucille Ball was a famous comedian, model, producer, and actress who starred in several TV shows and some movies throughout her career. During the 1960s, Lucille got popular for her roles in the famous American sitcoms called “The Lucy Show” and “Here’s Lucy,” which were both a part of the sitcom series that started from “I Love Lucy” in 1951. Some more notable shows following these sitcoms also aired, including “The Lucy-Desi Hour.”

Along with being a great comedian and actress, Lucy also became the first female owner and head of a Hollywood studio called “Desilu Productions.” Popular TV series like “Star Trek” and “Mission: Impossible” were also the works of this same production house.

She got thirteen nominations in the “Primetime Emmy Awards” and won four of them. In 1960, Lucille received two stars on the Hollywood Walk of Fame for her fantastic work during her acting career. Doris Day was an actress, singer, and activist who started her career as a singer in 1939. However, later in her life, during the 50s and 60s, she reached the heights of fame by playing roles in films like “Romance on the High Seas,” “Calamity Jane,” “The Man Who Knew Too Much,” “Pillow Talk,” “Move Over, Darling,” and “The Thrill of it All.”

Unlike other actors and actresses, Doris Day had a backward progression in her career. Being a famous film star, Day never thought of working on TV; however, after the death of her third husband, Martin Melcher, she came to know he had left her in enormous debt and also committed her to TV shows about which she didn’t even know about.

She never liked the idea of working on TV but was obligated to do so in order to pay the debts. Her famous TV show was called “The Doris Day Show,” and it aired from 1968 to 1973. After “The Doris Day Show” ended, Day retired from her acting career and later appeared in two TV specials, “The Doris Mary Anne Kappelhoff Special” and “Doris Day Today.” Whoever has watched “The Notebook” must know about James Garner too. Garner was an American television and film actor who played the famous roles of “Bret Maverick” and “Jim Rockford” in the shows “Maverick” and “The Rockford Files,” respectively.

During the 54 years of acting career, Garner worked in 50 movies and more than 50 theatrical films. In the 1960s, Garner was grey-listed by Warner Bros, but he was soon hired by William Wyler, who offered him a leading role in the movie “The Children’s Hour” with Shirley MacLaine and Audrey Hepburn. After this movie, Garner starred in several films, including “The Boys’ Night Out,” “The Thrill of it All,” “Move Over, Darling,” and “My Favorite Wife.”

He also played significant roles in some famous war dramas, such as “The Americanization of Emily” and “The Great Escape.” Jesse Donald Knotts was a famous comedian and actor known for the iconic role he played as the Deputy Sheriff Barney Fife in “The Andy Griffith Show.” This prominent role led him to win five Emmy Awards back to back. Knotts also appeared as Ralph Furley in the American sitcom “Three’s Company.” Along with these famous TV shows, Knotts starred in several comedy films, including “The Incredible Mr. Limpet” and “The Ghost and Mr. Chicken.”

Don Knotts made several cameo appearances in shows like “It’s a Mad, Mad, Mad, Mad World,” “The Bill Cosby Show,” and “Here’s Lucy.” Later in his career, Knotts worked in more films such as “The Shakiest Gun in the West,” “The Reluctant Astronaut,” “The Love God?” and “How to Frame a Figg.” 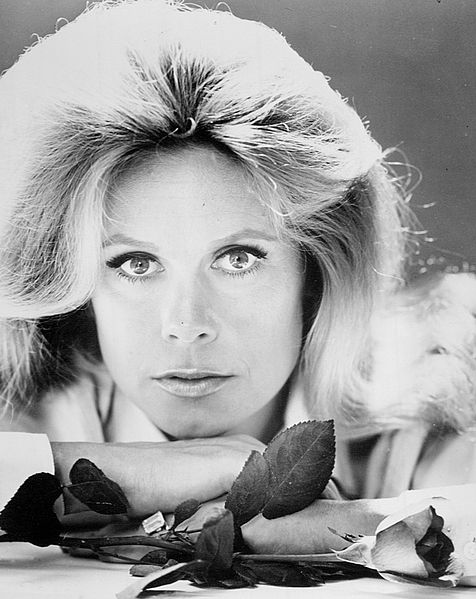 Elizabeth Montgomery worked in the entertainment industry for over five decades, and one of her most famous roles was her starring role as Samantha Stephens in the TV series called “Bewitched.” Montgomery started her career in the 1950s from her father’s TV series “Robert Montgomery Presents.” She won a Theater World Award for this role and later worked in the ABC sitcom “Bewitched.”

Along with being an actress and a singer, Montgomery kept her involvement in political activism and charity works very noticeable and open to the world. Raymond Burr was a Canadian-American actor who gained fame due to his long career in Hollywood films and starring roles in famous dramas such as “Ironside” and “Perry Mason.” He was also one of the famous actors who were at the heights of their careers during the 60s. Before starring in films, Burr played different roles in several television, radio, and Broadway shows. He also played negative roles and appeared as a villain in many films, such as the role of “Murderer” in the thriller “Rear Window.”

Today, Burr is still remembered for his iconic roles in the film “Godzilla, King of the Monsters!”

In addition, Burr earned two Emmy Awards for his famous role of Perry Mason and the 26 Perry Mason TV movies. However, the TV series “Ironside” became a better achievement and earned him two Golden Globe and six Emmy award nominations. Some other TV series in which Burr starred include “Kingston: Confidential” and “79 Park Avenue.” He also hosted a TV special that was later included in the series “Unsolved-Mysteries” as the pilot episode.

Just like the 50s, the 60s were also considered the golden times of the entertainment industry. Many new faces took over the television, and many from the 50s enjoyed stardom in this decade. Some famous names from the television tried their luck on the silver screen and marked their names in history, while some had to move back to television after years of acting in films.

Undoubtedly, the 60s were the years when stardom and fashion spoke volumes, and people admired almost every actor and actress who had both beauty and talent.