The 80s is often hailed as the ‘golden age of hip-hop,’ and it’s really not hard to see why. Several artists such as Public Enemy, Grandmaster Flash. Run DMC and the Furious Five are just some of the groups and artists that changed the face and history of rap and hip-hop forever. In fact, thanks to these artists, the 80s were hailed as a time when it seemed that every new single they released reinvented a new genre. That is why in this article, we are going to list down the top R&B and hip hop artists of the ‘80s.

The Sugarhill Gang was a hip hop group that paved the way for mainstream success in the hip hop scene. Their hit song entitled ‘Rapper’s Delight’ became the first rap song that entered the Top 40 charts in the United States. Throughout the ‘80s and the ‘90s, the group continued to receive fame and success more particularly in Europe as they released their singles such as 8th Wonder, Apache, and Rapper’s Reprise (Jam Jam.) Today, some of the original members are still performing together, and they are again doing world tours. Salt-N-Pepa is one of the most notable artists on this list because they are only female rap group. Despite being the only women in the hip hop scene, Salt-N-Pepa proved to be an instant hit amongst both men and women during the 1980s. The group was able to ride the wave of the hip hop music scene as the lyrics of their songs were as sexualized and blunt as their fellow male hip-hop artists. They’re single called ‘Push It,’ which was released in 1986 was able to reach platinum status in the US and several other countries. The group’s success continued into the 90s, too. After the group released their songs entitled Whatta Man and Shoop in 1994, they were able to win a Grammy Award for Best Rap Performance by a Duo or Group the following year.

Grandmaster Flash and the Furious Five This group probably had the best names in hip-hop history, Grandmaster Flash and the Furious Five was comprised of six members namely, Grandmaster Flash, The Kidd Creole, Melle Mel, Keef Cowboy, Raheim, and Mr. Ness or Scorpio. The iconic group released their debut single entitled Freedom in 1980. However, they were able to achieve mainstream success when they released the classic song called The Message. The song talked about the dangers of inner-city poverty as one of the best beats in hip-hop. Despite going big in the hip hop and music scene, the group was plagued by internal legal battles, which eventually led to their disbandment. Before Ice-T became the reality star, he was initially one of the most fascinating rappers during the 1980s. This iconic rapper began his career in the underground music scene. He gained mainstream success after he released his album called Rhyme Pays in 1987. After he took over the hip-hop scene during the ‘80s, he went on to form a heavy metal group in the 90s named Body Count. The rapper then decided that he wanted to change careers, and Ice-T eventually left the music industry to work in film as well as on TV. Back in the ‘80s, no other hip-hop duo sported heavy gold chains quite like Eric B. & Rakim did. Along with their hip looks, their music wasn’t bad either. That is why they have been hailed by rap stars, both young and old, as the best DJ/MC duo of all time. Eric handled the turntables while Rakim rapped and dropped the freshest lyrics over them. Together, they produced classic 80s albums, namely Follow The Leader and Paid in Full. However, despite the success that the duo achieved, they still ended up disbanding after they had some legal issues with their label during the 90s. Years after their disbandment, the pair announced that they will start touring again. Born as James Todd Smith, LL Cool J, or Ladies Love Cool James, was the artist who was responsible for several hit songs during the 80s and 90s. Songs such as Rock the Bells, I’m Bad, and Mama Said Knock You Out. LL Cool J also released a hit single entitled I Need A Beat, which helped him establish his status as one of the break-out hip-hop stars of the ‘80s. This rapper-singer was one of the first artists to be produced by the iconic Rick Rubin. Public Enemy entered the 80s hip-hop scene armed with their politically-charged lyrics and vocal criticism of the American government and media. Public Enemy started out as an opening act for The Beastie Boys. But when they released their second album entitled It Takes A Nation of Millions to Hold Us Back in 1988, they started to gain mainstream success. The said album featured the hit single called Don’t Believe The Hype. And its success was followed up by several albums that talked about the problems intrinsic within African-American communities. Public Enemy’s hit song called Fight The Power is considered to be one of the most influential hip hop songs of all time. 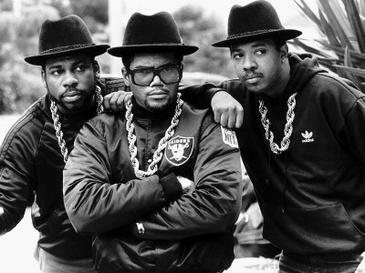 Run DMC was the biggest-selling hip-hop group during the 80s. The legendary hip hop group was formed in 1981 in Hollis, Queens, New York. The group consisted of Darryl McDaniels, Joseph Simmons, and Jason Mizell. Their fashion choices, particularly the unlaced shoes, leather jackets, and Kangol hats, even created an entirely new look that trended over the 80s. The group produced several successful collaborations with producer Rick Rubin, such as Raising Hell, which was released in 1986. The album was able to reach double-platinum status, and it is still considered as one of the best-selling hip hop albums of all time. Their unique sound was defined by a rap-rock fusion that people really fell in love with.

NWA was an East Coast hip-hop group that consisted of Dr. Dre, Eazy-E, Arabian Prince DJ Yella MC Ren, and Ice Cube. Their album entitled Straight Outta Compton, which was released in 1988, paved the way for a new wave of gangsta rap. It featured songs like F*** Tha Police and GangstaGangsta. It’s really not hard to see how the group gained a reputation for controversy. Since then, the group was able to influence countless artists in the hip-hop world and the music scene in general.