You think that the job of an NFL referee is a piece of cake compared to the players’ rougher and more physical plays, topped with four-letter tirades against each other. This is quite the opposite. Every game day, officials have to endure the yelling and the swearing from the spectators, but that’s only the tip of the iceberg. Apart from that, the officials are also required to memorize the NFL Rulebook on its entirety. You may say that it’s not too hard — until you learn that the Rulebook is about 120 pages long — and then some! Referees should leave no stone unturned — they had to remember every one of these rules, even the more obscure ones that we don’t have any idea really existed. Some of the rules have not been called in years; others have been created quite recently that present-day NFL fans must need to know.

Here are some of the obscure and weird rules that can legally happen on an NFL game: The Fair Catch Kick is one of the most discussed and debated obscure rules in the NFL Rulebook. This happens during a kickoff. When a receiving team calls for a fair catch, they face two options. They may start an offensive possession or they may choose for a field goal attempt. The field goal attempt must be done from the spot of the fair catch. Another, the kicker cannot use a tee. Rather, he must use a place kick or a drop kick. Aside from that, the defense is not permitted within ten yards from the spot of the kick.

The last time a fair catch was successfully executed was by The San Diego Charges in 1976. They managed to turn a fair catch into three points, thanks to placekicker Ray Wersching. 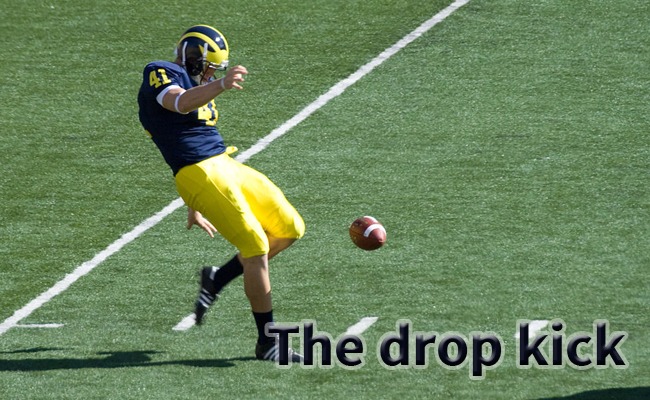 The Drop Kick is an alternate choice to kick a field goal or punt the ball. During the league’s early days, this rule was established to keep players from bouncing the ball off the ground, and then hitting it when either attempting for a field goal or punting it. This type of kick found its roots on the rugby game. It made much more sense way back when the ball was still rounder, enabling the player to make an easier prediction on which direction the ball was heading when bounced. Though this is really an obsolete rule, this is still included in the NFL Rulebook. 3. Snaps between the quarterback’s legs

This rule is one of the oddest and most obscure in the NFL Rulebook. In this rule, if the quarterback is under center and misses the catch and the ball as it passes between his legs, he has to be the next player to touch the ball. If any player touches the ball before the quarterback player, even in defense, the officials rule it as a false start by the offense. This rule was last called during a Bears and Eagles game sometime in 2007. In another obscure NFL rule, a post-touchdown dunk over goal posts has been forbidden. It may have been done in the past as a way to celebrate a successful touchdown — and a favorite thing among players, actually — but this is no longer allowed anymore. This is not really a new rule as some people think. Rather, it’s more of an update of an pre-existing rule that forbids any player to use the football as a prop. 5. Possession after a touchdown

During the early NFL’s early days, the team captains would meet in the middle of the field and decide who would kick off after each touchdown. It’s because this rule states that the team which was scored on gets to decide whether they would want to receive the ball or go for a kick off. This rule still exists on the Rulebook, even though it’s quite unlikely that a team would have choose the option to kick off after the opposing team has just scored on them. 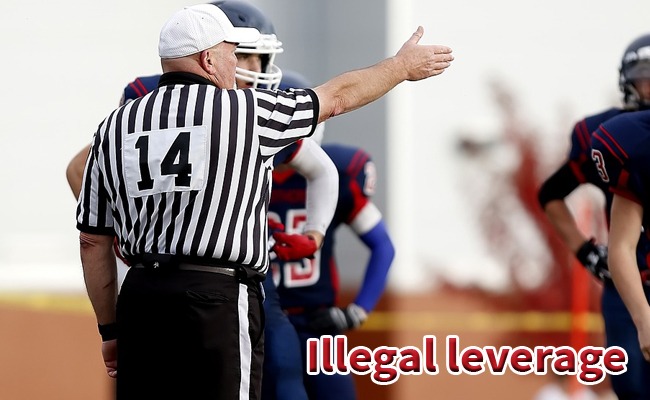 This rule states that while the offensive team attempts to kick a field goal or extra point conversions, the defensive team may not push or pull members of their own players to gain that extra momentum or height to block the field goal. This results into a 15-yard penalty.

During the 2013 season, the Patriots were called for such violation in their game versus The Jets. Obviously, Patriots’ coach Bill Belichick was not very pleased with this. He argued that the Jets had committed the same violation of this rule while his own team was on the defense, but the referees failed to notice it. 7. Game clock will run after sacks 8. Fielding out of bounds kicks

Every knowledgeable football fan knows that if a kickoff sends the ball out of bounds without the receiving team committing the last touch, that receiving team will be granted the possession at their 40-yard line.

However, most fans aren’t aware or don’t understand where the “out-of-bounds” starts. If a player goes out-of-bounds and then receives a kickoff, he is ruled as “out-of-bounds.” If any player’s body is going out of bounds while the ball goes in contact with them, then the ball is considered “out-of-bounds.” Three minutes before the game starts, each team is allowed to send out up to six players who must be in full uniform and active. A team who sends less or more than six players, or players who are either inactive or not in full uniform, that team is penalized with an automatic coin toss loss. This is one of the rarest-called penalties in all of sports. A palpably unfair act refers to any illegal action which officials see as depriving a team from scoring a touchdown. While this vague rule has never been called yet in NFL’s history, anything out-of-the-blue could happen in the league. For instance, when a benched player suddenly gets to foil or tackle a runner in order to prevent him from scoring, the deprived team would be awarded with a touchdown.