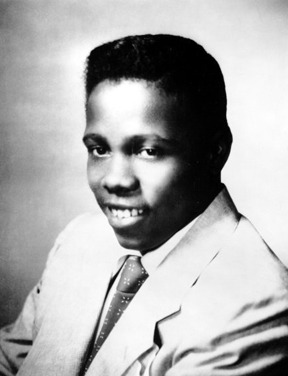 The history of music is filled with tragic endings and sudden accidents that marked the death of musicians and singers at a tender age. The story is no different in the case of John Marshall Alexander, Jr. who is popularly known as Johnny Ace. The 50s music-era legendary singer who was born in Memphis, Tennessee, on June 9, 1929, lived for a very short span of life and died at the young age of 25, in 1954. There are controversies regarding his death and as the stories say, he had accidentally shot himself with a gun pointed at his own head, during a backstage performance. However, some still wonder whether it was an accident or an intentional act of suicide.

But setting these controversies aside, if we analyze his contributions in the genre of Rhythm and Blues and his significant role in transforming the R&B into the popular ‘Rock N Roll’, one is impressed by his impact. Starting at a very early age, he started performing with his contemporaries like Adolph Duncan, B.B King and Bobby Bland. With his Rhythm and Blues ‘My Song’ he found success and increasing popularity which made him one of the most sought-after stars of his time.

Though many have underestimated his voice and called it similar to other artist of his, Johnny’s voice, lyrics and melodies touched all hearts, including blacks and whites. He kept on contributing to R&B with his smooth and successful songs which included “Saving My Love for You,” “Please Forgive Me,” and “Cross My Heart,”. His listeners and admirers fell for his mellow and subtle way of singing. Even if his tracks sounded similar, they were unique in their sensitive words and tone. Ace released songs on the following record labels during his short career: Sun, Flair and Duke.

Johnny Ace songs were released as singles as follows:

His songs were also featured on the following albums:

Johnny Ace was also the subject of the James M. Salem book, The Late Great Johnny Ace released in 2000.

Johnny Ace has undoubtedly had a large impact on Rock n Roll with his experimental and innovative music, lyrics and tone. Johnny Ace’s life story came to an abrupt end when in 1954 he accidentally shot him self with his own gun. But his legend still lives on today.