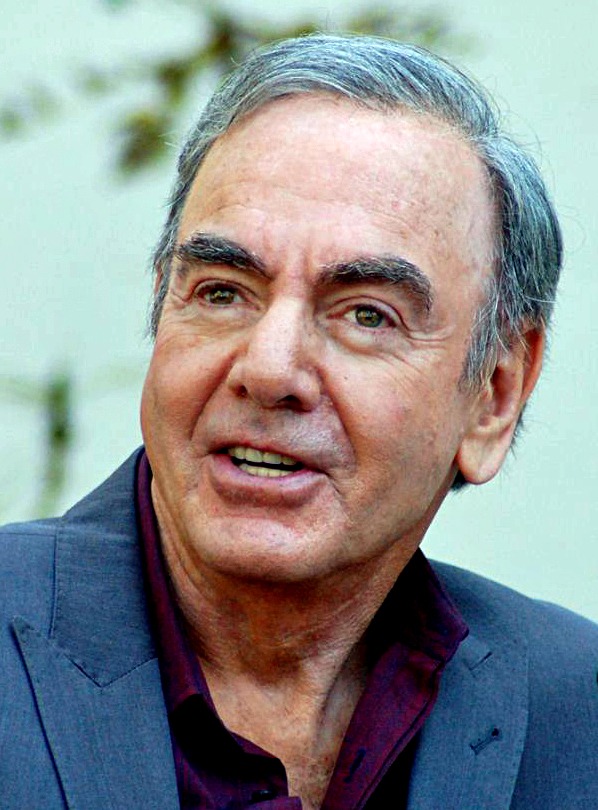 An introduction to Neil Diamond

He dropped out while he was a graduating student at New York University to accept an irresistible offer from a music publishing company. Diamond honed his songwriting craft, eventually producing hits such as “I’m A Believer” which was sung by the Monkees. Only in the 1ate 1960s did he begin recording, and made songs that would launch him to superstardom such as “Sweet Caroline”, “Cracklin’ Rosie”, “Holly Holly”, “Song Sung Blue” and “I Am… I Said”.

Diamond achieved further prominence and success during the 1970s as he performed to huge sell-out crowds, rom one of his gigs came to the formation of his 1972 double live album Hot August Night, which earned positive reviews and high record sales. Despite the success and legendary status, Diamond still actively records and tours up to this day.

Fated to be a singer-songwriter and musician

The legendary singer-songwriter has his roots in New York, where he was born on January 24, 1941. His early interest was sports, particularly fencing. In fact, when he attended New York University, Diamond was awarded a fencing scholarship, specializing in saber. He even participated in NCAA’s fencing team during the 1960 championships.

Diamond’s first ambition was to become a doctor, wanting to discover a cure for cancer since his beloved grandmother had died of the disease. However, fate had other plans for him.

During his senior year at NYU, he was offered by a music publishing company Sunbeam Music to write songs for $50 per week. The offer was too much for Diamond to decline, so he took it right away.

He was trying to hone his songwriting craft until his hard work finally paid off. His composition “Sunday and Me” became a Top 20 hit for the Jay and the Americans in 1965. The following year Diamond was signed to Bang Records. He recorded his first LP The Feel Of Neil Diamond which produced singles such as “Solitary Man” and the #6 Billboard hit “Cherry, Cherry”. He also wrote hits for the Monkees such as “I’m A Believer” and “A Little Bit Me, A Little Bit You” (#1 and #2 on the Hot 100 charts, respectively).

On the way to superstardom

In the late 60s Diamond severed his ties with Bang Records and soon joined Uni record label in California, therefore he had to move to Los Angeles. From there he would make records that would put him to super-stardom. His subsequent records “Sweet Caroline”, “Holly Holly” and “I Am… I Said” became smashes and earned gold record status. While his other singles “Cracklin’ Rosie” and “Song Sung Blue” were #1 on the Billboard charts, thus consolidating Diamond’s star status.

The 1970s was a very good decade for Diamond. He performed to sold-out dates in Los Angeles and New York, and from one of his gigs came to the formation of his 1972 double live album Hot August Night, which earned positive reviews and high record sales. In Australia especially, where Hot August Night remained at #1 for an incredibly long period — 29 weeks. The live double album has become an enduring classic.

In 1973 Diamond returned to Columbia Records. Columbia was actually his first label where Diamond cut singles in the early 1960s; none of them hit the charts, the reason Columbia dropped him. This time, of course, things had changed. Columbia offered Diamond a lucrative contract — a one million dollar advance for every album he would record.

Diamond also ventured on film scoring. His first essay in this department was to record a soundtrack for the 1973 film Jonathan Livingston Seagull. The soundtrack album also carried the same name. Though the film tanked at the box office, the album did very well commercially, peaking at #2 on the Billboard album charts. It also earned Diamond Grammy and Golden Globe awards for his work.

He continued to perform in full-house concerts, including his gig at the classy grounds of the Aladdin Hotel in Las Vegas, in conjunction to its opening of a new theater worth $10 million in construction. He was paid over half a million dollars by the hotel.

One of Diamond’s most memorable songs is the ballad “You Don’t Bring Me Flowers”. He wrote it with the famed husband-and-wife songwriting team Alan and Marilyn Bergman, and duetted with Barbra Streisand. There were plans of doing a film version of the song starring Diamond and Streisand, but they were on hold when he instead starred on another film The Jazz Singer, a remake of the Al Jolson 1927 classic. His performance led him to become the first-ever Worst Actor winner at the Razzie Awards in 1980; the film didn’t do well either.

His legendary status is assured, whether you love him or hate him

But it was fine, since Diamond wasn’t born an actor, and he instead focused his energies on recording songs for him and other artists as well and producing albums. Diamond would score more Top 10 singles such as “Love On The Rocks”, “Hello Again”, “America” and Heartlight. UB40 did a reggae cover of a Diamond original “Red Red Wine”, which shot to #1 on the UK and US charts. He also did covers apart from releasing albums containing new material, including well-received Christmas albums in during the 1990s.

Because of his efforts and considerable contributions to the music industry he has been bestowed with numerous awards and citations. Diamond has been inducted into three hall of fame’s — The Songwriters Hall of Fame in 1984, Long Island Music Hall of Fame in 2007, and the Rock and Roll Hall of Fame in 2011, the last in which Diamond had been a long-time nominee since 1989. Despite the awards, Diamond has no plans of resting on his laurels yet, continuing to perform up to this day.

Whether you love him or hate him, one thing’s for sure, Neil Diamond’s influence and contributions to the music industry, as well as the songs themselves, will never be forgotten.