The 1960s was a busy era for Walt Disney Productions. Aside from Walt Disney’s newest project, Disneyland, the company is also busy bringing books and plays into life and creating animated and live action movies. Even if Disneyland got the most of the public’s attention, Disney never failed to release revolutionary movies and innovate their technology with the invention of audio animatronics. That’s why the 1960s was a great decade for Disney films and here are the movies to prove it. Pollyanna is a live action drama film that was based on a novel of the same title by Eleanor H. Porter. It was directed by David Swift and it was released in 1960. It starred Richard Egan, Jane Wyman, Karl Malden, and child actress Hayley Mills. Pollyanna tells the story of a cheerful orphan who changed the outlook of a small town. This film won child actress Haley Mills an Academy Juvenile Award. Swiss Family Robinson is an adventure film that was released in 1960. It was directed by Ken Annakin and starred Dorothy McGuire, Tommy Kirk, John Mills, Janet Munro, Kevin Corcoran, and James MacArthur. This movie was based loosely based on an 1812 novel of the same title by Johan David Wyss. The movie is about a shipwrecked family who builds an island home.

One Hundred and One Dalmatians One Hundred and One Dalmatians or 101 Dalmatians is an animated film that was released in 1961. It is another Disneyfied movie because it is based on a novel with the same title by Dodie Smith. This movie was Disney’s 17th animated film and it follows the story of Dalmatian puppies that were kidnapped by an evil woman named Cruella de Vil who wants to turn the Dalmatian’s fur into coats. 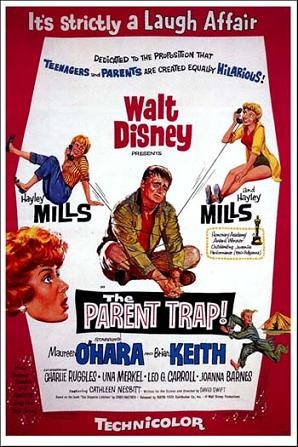 The Parent Trap is a live action film that was released in 1961. It is based on a 1946 book by Erich Kastner entitled Lottie and Lisa. It tells the story of teenage twins that is on a quest to reunite their separated parents. It is directed by David Swift and it starred Haley Mills, Brian Keith, and Maureen O’ Hara. This movie was a success it was nominated for two Academy Awards, had three television sequels, and a remake in 1998 starring Lindsay Lohan. Bon Voyage! was a live action film that was released in 1962. It was directed by James Neilson and it starred Jane Wyman, Kevin Corcoran, Deborah Walley, Fred MacMurray, and Tommy Kirk. Bon Voyage! is about the Willard family and their adventure as they head to have their European holiday aboard the SS United States.

The Legend of Lobo The Legend of Lobo is a documentary film that was released in 1962. It follows the life and adventures of a wolf named Lobo who was born and raised in southwestern North America. There is no lines or dialogues in the film it only had interpretation through story-songs that were sung by the Sons of the Pioneers and Sherman Brothers. The film was directed by James Algar and Jack Couffer. It was narrated by Rex Allen. Mary Poppins was a live action and animated musical fantasy film that was released in 1964. It was directed by Robert Stevenson and it was based on a book with the same title by P.L Travers. It starred Julie Andrews in her film debut, David Tomlinson, Glynis Johns, and Dick Van Dyke. It tells the story of how Mary Poppins applied her unique lifestyle to improve a dysfunctional family’s life in London. Mary Poppins became a huge success and it received 13 Academy Awards nominations and it won five including Best Film Editing, Best Actress, Best Original Song, Best Original Music Score, and Best Visual Effects. 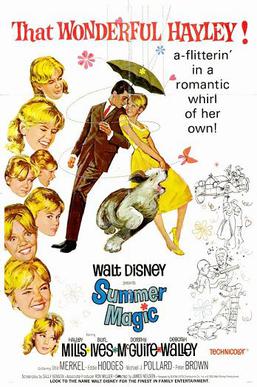 Summer Magic was a live action musical film that was released in 1963. It was directed by James Neilson and it starred Dorothy McGuire, Hayley Mills, and Burl Ives. It tells the story of an early 1900s Boston widow who moves into a new house in a small town in Maine with her children. Summer Magic was based on a novel by Kate Douglas Wiggin entitled Mother Carey’s Chickens. This movie earned Hayley Mills a Golden Globe nomination. The Jungle Book was an animated musical comedy and adventure movie that was released in 1967. It is based on a novel of the same title by Rudyard Kipling and it was Disney’s 19th animated film. And unfortunately, this was the last film that was produced by Walt Disney himself because he died during this production. The Jungle Book is about a feral child named Mowgli who was raised in the Indian jungle by wolves. The Jungle Book was a success and it became Disney’s second-highest grossing animated film in Canada and the United States.

These are the top Disney movies of the 1960s. Which of these Disney movies do you remember watching with your family and friends?