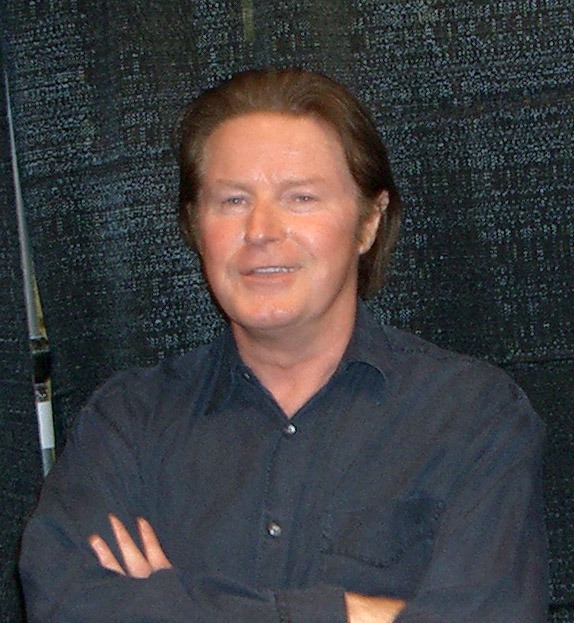 Don Henley (born Donald Hugh Henley in Gilmer, Texas in 1947) is an American singer-songwriter and drummer. He is famously known as the founding member of one of the most successful American bands in history, the Eagles. With the Eagles, he sang the band’s signature song “Hotel California” as well as other hits such as “Witchy Woman,” “Best Of My Love,” “One of These Nights,” “The Long Run,” “Desperado,” “Life In The Fast Lane” as well as many other Eagles tracks.

After the Eagles split in 1980, Henley launched a successful solo career. He released four studio albums, the most successful among them is 1989’s The End of Innocence, which went multi-platinum. In addition, Henley also released two compilations albums, 28 singles that include the top 40 hits: “Dirty Laundry,” “The Boys Of Summer,” “Sunset Grill,” “All She Wants To Do Is Dance,” “Not Enough Love In The World,” “The End Of The Innocence,” and “The Heart Of The Matter.” Henley has also been active with the Eagles since their 1994 reunion, while also maintaining his solo career as well as his work in environmental and political causes.

From Texas to California

Henley started his musical journey in 1970 when he moved to Los Angeles, California with his own band Shiloh. In LA, the band recorded an album which was produced by Kenny Rogers, who also hailed from Texas.

The Eagles’ formation and its most successful years

Later on Henley, along with Glenn Frey, Randy Meisner and Bernie Leadon became part of Linda Ronstadt’s backing band on her tour and also on her self-titled album. After the Ronstadt gig, all four men decided to form a new band called the Eagles, with Henley as its drummer and one of the songwriters.

The Eagles went on to become one of the biggest hit makers of the 1970s and culminated this with their trademark song “Hotel California” in 1977. Other #1 hits include “Best of My Love,” “One of These Nights,” “New Kid in Town,” “Heartache Tonight” as well as many other Top 10 smashes.

The band broke up in 1980 due to internal tensions among the band members. Following the band’s split, Henley immediately forged a solo career. He collaborated with his then-girlfriend Stevie Nicks (of Fleetwood Mac) on a duet she’d written entitled “Leather and Lace.” It became a top ten hit on both pop and adult contemporary singles chart in 1981.

Henley’s first solo album, I Can’t Stand Still, came out in 1982. It was modestly successful, and its first single “Johnny Can’t Read” barely missed the Top 40 (at #42). The album’s follow-up single “Dirty Laundry” became Henley’s first Top 10 hit (and highest-ranking single so far), peaking at #3 on the Hot 100 and topped the rock singles chart. “Dirty Laundry” was written by Henley and his producer Danny Kortchmar, who would also write (or co-write) more of Henley’s material.

Henley’s second solo LP Building the Perfect Beast was released in November 1984. It also coincided with the release of its first single “The Boys of Summer” which was written by Henley and Mike Campbell (of Tom Petty and the Heartbreakers). It was a big hit, peaking at #5 on the Billboard pop chart, and #1 once more on the rock singles chart. It also went to #33 on the adult contemporary singles chart, and #12 in the UK.

The music video of “The Boys of Summer” also won the MTV Video Music Award for Video of the Year in 1985. The song would also be included in the Rolling Stone magazine’s 500 Greatest Songs (ranked at #416).

“Sunset Grill,” Beast’s second single, reached at #22 on the pop singles chart. It also peaked at #18 and #7 on the adult contemporary and rock singles charts, respectively.

Because of the success of the singles “All She Wants to Do Is Dance” and “The Boys of Summer,” Building the Perfect Beast earned a triple platinum certification.

Henley’s next album was issued in 1989, titled The End of the Innocence. It went on to become more successful than the previous one. The End of the Innocencesold over six million copies in the US (and over two million copies in Canada), thanks largely to the title track, which once again climbed to the Top 10 pop chart at #8. It also earned Henley’s fourth #1 spot on the rock singles chart.

Other singles on The End of the Innocence were two Top 40 hits, “The Last Worthless Evening” and “The Heart of the Matter.” Both of them reached at #21 on the Hot 100.

Henley entered into a lawsuit against his label Geffen Records (which also used to be the Eagles’ label). Geffen filed a $30-million suit, claiming that Geffen committed a breach of contract while he still owed the label a couple more studio albums and a greatest hits compilation. Henley filed a counter-suit citing that the label’s founder David Geffen “ostracized” him and stopped his plans to sign with rival label EMI.

Henley spent quite a lot of years in his lawsuit until he and Geffen settled their conflicts in 1994 as the Eagles reunited. He and the band kicked off a worldwide reunion tour, and their live MTV special album Hell Freezes Over went all the way to #1 on the Billboard 200.

Later career and other non-musical projects

After that, the Eagles delved into a hiatus once more, allowing Henley to turn his focus back to his solo work. In 2000, he released his latest studio album to date Inside Job which featured the #1 adult contemporary hit “Taking You Home.”

In 2007, the Eagles reunited once more, and released their latest studio albumLong Road Out of Eden. The album became yet another #1 seller in the US as well as in many other countries.

The Eagles going on their “last” tour.

In July 2013, Henley and the Eagles embarked on another new reunion tour which will continue until 2015 (as of this writing). Henley has said that the tour “could very well be our last,” according to Wikipedia.

Henley is also active in political, social and environmental causes. He once became head of the Recording Artists’ Coalition whose aim is to protect the artists’ rights in their legal battle with the major labels. Henley is a staunch Democrat.