The Beatles were an English rock band formed in 1960 in Liverpool by John Lennon, Paul McCartney, George Harrison, and Ringo Starr. They are often recognized as the most influential band of all time, playing an important role in the development of 1960s counterculture and popular music’s acceptance as an art form. Their sound, which was rooted in skiffle, beat, and 1950s rock ‘n’ roll, innovatively blended elements of classical music and traditional pop; the band also explored music styles ranging from strong rock and psychedelia to ballads and Indian music. The influential band captured the world with an estimate of $1.24 billion USD net worth prior to their breakup. Read on to dig into the why of the band’s fallout.

By early 1964, the Beatles had become international stars, with unparalleled critical and economic success. They were a driving force in Britain’s cultural renaissance, ushering in the British Invasion of the American pop market, and made their film debut with A Hard Day’s Night (1964).

With estimated sales of 600 million units globally, the Beatles are the best-selling music act of all time. They have the most number-one albums on the UK Albums Chart (15), the most number-one hits on the Billboard Hot 100 (20), and the most singles sold in the UK (21.9 million). The band won seven Grammys, four Brit Awards, one Academy Award for the Best Original Song Score for the 1970 documentary film Let It Be, and fifteen Ivor Novello Awards. They were inducted into the Rock and Roll Hall of Fame in 1988, and each of the band’s major members was individually inducted between 1994 and 2015. The trio topped Rolling Stone’s list of the best artists in history in 2004 and 2011. Time magazine selected them among the 100 most influential people of the twentieth century.

Many Factors Leading to the Break-up

The Beatles’ lineup from August 1962 through September 1969 included the original four members. Their dissolution was a gradual process caused by a variety of circumstances. The strain of the Beatlemania phenomenon, the death of manager Brian Epstein in 1967, resentment from McCartney’s bandmates for his perceived domineering role, Lennon’s heroin use and relationship with Yoko Ono, Harrison’s prolific songwriting output, the floundering of Apple Corps and the Get Back project later renamed Let It Be in 1970, and managerial disputes are among these.

On November 25, an NME piece titled “The Beatles on the Brink of Splitting” recounted Lennon’s words from a recent radio appearance. Among his statements, Lennon stated that the band’s music-making had been supplanted by the running of Apple, and he went “off and on” the concept of the group recording together again. McCartney later recalled that for three- or four months following Lennon’s announcement, he, Harrison, and Starr would call each other and ask, “Well, is this it, then?” McCartney said that they suspected it was “one of John’s little flings” and that Lennon might change his mind because he “did kind of leave the door open.”

The Band’s Disunity and Weakness Members began to assert separate aesthetic objectives in the second half of the 1960s. Their discord was most visible on The Beatles commonly known as “the White Album,” 1968, and quarrels and discord soon infiltrated their business conversations. During the White Album sessions, Starr disappeared for two weeks, and Harrison left for five days during the Get Back rehearsals. Beginning in 1969, the group divided into two camps over who would handle its business concerns. McCartney advocated for entertainment lawyers Lee and John Eastman, but his comrades voted in favor of billionaire Allen Klein.

On August 18, 1969, the four members recorded their final session as a group for Abbey Road’s closing single “The End.” Lennon quietly informed his bandmates that he was leaving the Beatles on September 20th, however, the other members were unsure whether his absence was permanent. On 10 April 1970, McCartney released a press release announcing his departure from the group, which sparked considerable media coverage and exacerbated tensions between him and his bandmates. Legal battles raged long after his pronouncement, and the dissolution was not formally announced until December 29, 1974.

The Death of Brian Epstein 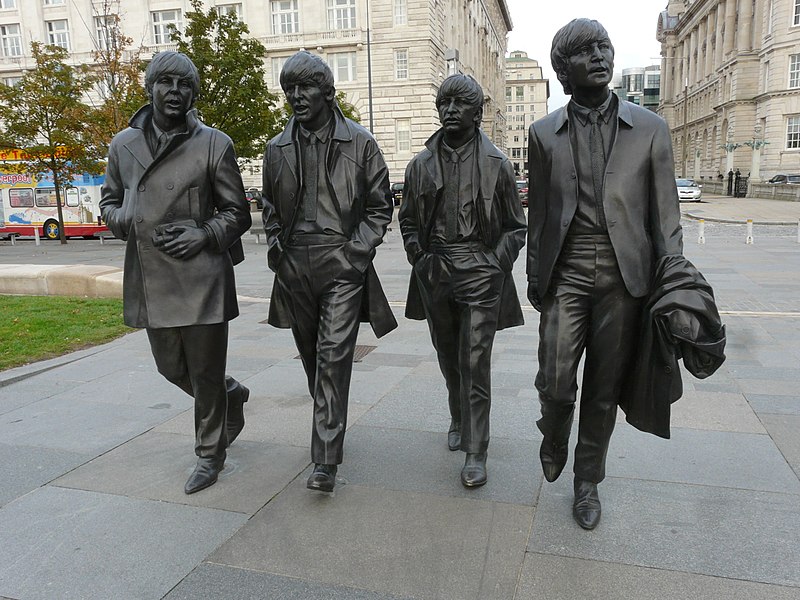 Many people attribute the Beatles’ demise to the death of their manager, Brian Epstein, on August 27, 1967. Despite being a record store owner with no experience managing bands, Epstein played a critical part in their global success. Epstein also co-founded Northern Songs Ltd. to publish the Beatles’ music, with each member owning a 15% stake.

The Beatles decided to cease performing live in 1966, exhausted by their extensive tours, during which they couldn’t hear themselves play over the roar of their fans. Epstein was opposed to the choice, which the quartet felt was necessary to concentrate on the quality of their music.

When Epstein passed away from a cocaine overdose, the Beatles lost a man who was a genius at managing their finances and egos. McCartney preferred Lee and John Eastman, the father and brother of his soon-to-be wife Linda, to Allen Klein, the manager of the Rolling Stones, who was the choice of Lennon, Harrison, and Starr. Yoko Ono was by John Lennon’s side throughout the “Let It Be” sessions in late 1968. By 1969, Lennon and the conceptual artist had become inseparable, with Ono heavily influencing Lennon’s lyrics and even appearing on many Beatles tunes. Many observers, from the 1960s to the current day, have concluded that Ono was responsible for the Beatles’ break-up due to her presence and the surrealist, experimental direction she pushed Paul in.

Bringing his fiancée into the group, according to Riley, carried the message that Lennon was moving beyond the bond he had created with them. Ono became a lightning point for their grievances with Lennon, disguising other problems such as the financial situation, creative disagreements, and Lennon’s deteriorating heroin addiction.

In April 1969, shortly after the occasionally acrimonious “Let It Be” sessions concluded, Lennon arrived at McCartney’s residence, anxious to work on a new song. One may have expected McCartney to dismiss the song, titled “The Ballad of John and Yoko,” in which Lennon bemoans the media attention he and Ono received while flatly equating himself to Jesus Christ (not for the first time). Instead, he assisted Lennon in finishing the song. The two immediately dashed to their Abbey Road studio, where they completed the entire project in one evening.

Both Lennon and McCartney would eventually blame their breakup on Ono. In 1970, Lennon told Rolling Stone, “I had to be married to them ‘the band’ or Yoko, and I chose Yoko.” But, having met when they were 16 and 15, respectively, the two had a famously complicated relationship that predated Ono’s entrance.

Every Beatles song, in the beginning, was a sincere collaboration between Lennon and McCartney. Even as they got older and apart, Lennon and McCartney were known to lovingly copy each other’s style, and they would seldom finish a song without consulting the other. Despite this, hostility arose between them, they stopped collaborating with music just like the reason why the Outcast break-up, which is a band of the 90s. Lennon dismisses McCartney’s more traditional tunes referring to “Ob-La-Di Ob-La-Da” as “granny music” and McCartney attempting to push himself as the group’s leader. Lennon frequently complained that crowd-pleasing McCartney compositions like “Hello, Goodbye” were picked for single A-sides while Lennon’s more introspective pieces in this case, “I Am the Walrus” were demoted to the B-side. Following the split of the Beatles, their feud became public.

McCartney, who had long attempted to keep the Beatles together, retreated to his Scottish farm with his new family, upset at Lennon’s departure. After being found down by Life magazine reporters in late October 1969 to dispel reports that he had died, McCartney stated that “the Beatles thing is gone,” albeit the entire context of this comment was ignored. McCartney, effectively isolated from his bandmates and very despondent, had launched a series of home recordings in London in December. Under stringent confidentiality, McCartney and Apple Records executive Neil Aspinall quietly agreed on a release date for this intended solo album, named McCartney.

It was during the marketing of “McCartney,” his solo debut and the first album he had written without Lennon, that McCartney revealed the Beatles’ breakup to the public. Though Lennon had departed the Beatles in September of the previous year, his departure remained a mystery until April 10, 1970, when McCartney announced in a promotional “self-interview” that his collaboration with Lennon was finished. Later, Lennon denied leaving the Beatles, blaming it on McCartney.

Throughout the 1970s, rumors of a full-fledged reunion remained, as the members occasionally rejoined for collaboration, but never with all four at the same time. The only tunes that contain three ex-Beatles are Starr’s “I’m the Greatest” (1973) and Harrison’s “All Those Years Ago” (1981). Following John Lennon’s assassination in 1980, the remaining members reformed in 1994 for the Anthology project, using unfinished Lennon demos “Free as a Bird” and “Real Love” as the springboard for new songs by the Beatles.

In summary, as a band in the 60s, The Beatles revolutionized many parts of the music industry as pioneers in recording, songwriting, and artistic presentation, and they were frequently portrayed as leaders of the era’s social and sociological movements which is somewhat in parallel with Billie Eilish popular strengths as a fast-phased rising star in the 21st century, except that she’s a solo artist emanating from the mainstream rather than rooting from a band like The Beatles.